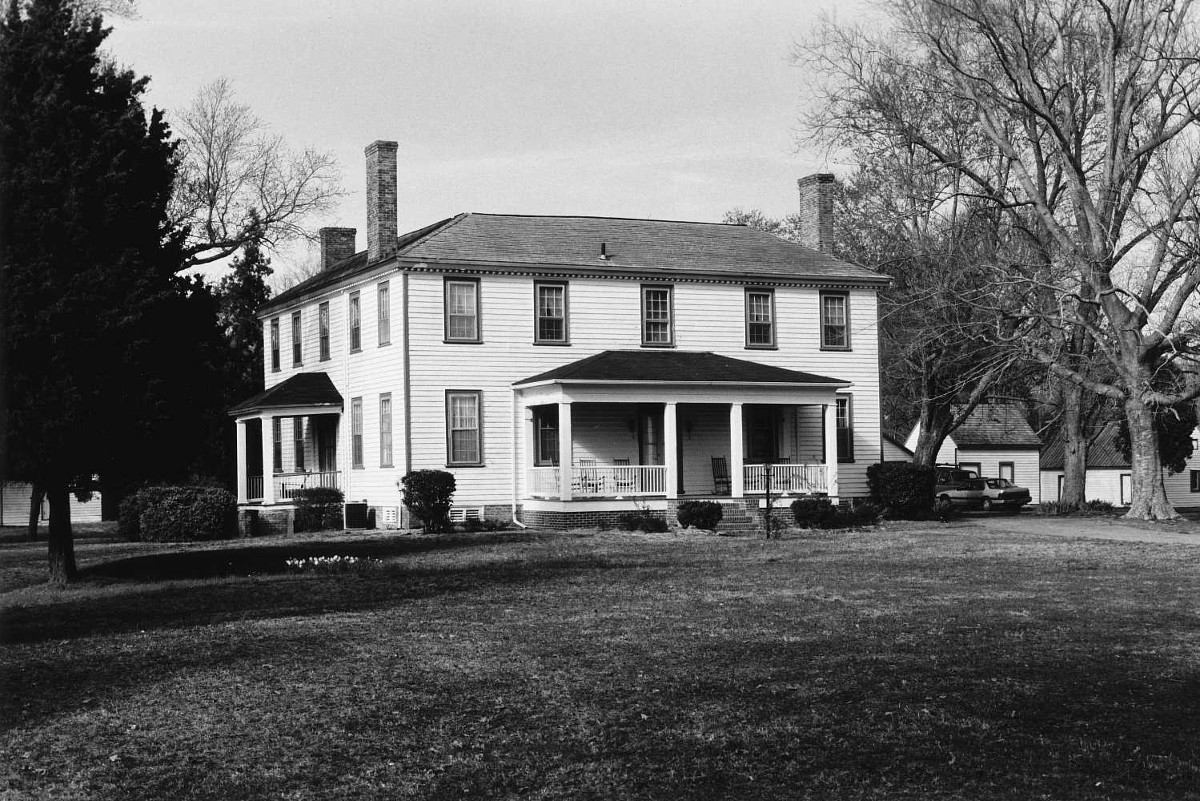 One of southeastern Virginia’s best collections of domestic outbuildings and early farm buildings is preserved on this Isle of Wight County plantation. The two-story, L-shaped house was built in 1807 for the Woodley family on land they had owned since the late 17th century. Its generous proportions and robust interior woodwork make the house representative of the region’s more prosperous early 19th-century homesteads. The domestic outbuildings consist of a cook house, dairy, smokehouse, and slave house. The farm buildings include an early granary of log construction. The archaeological sites of a number of other subsidiary buildings remain scattered among the standing structures. A family member once described Four Square in its heyday, when all of its early buildings were standing, as being “like a busy village.”