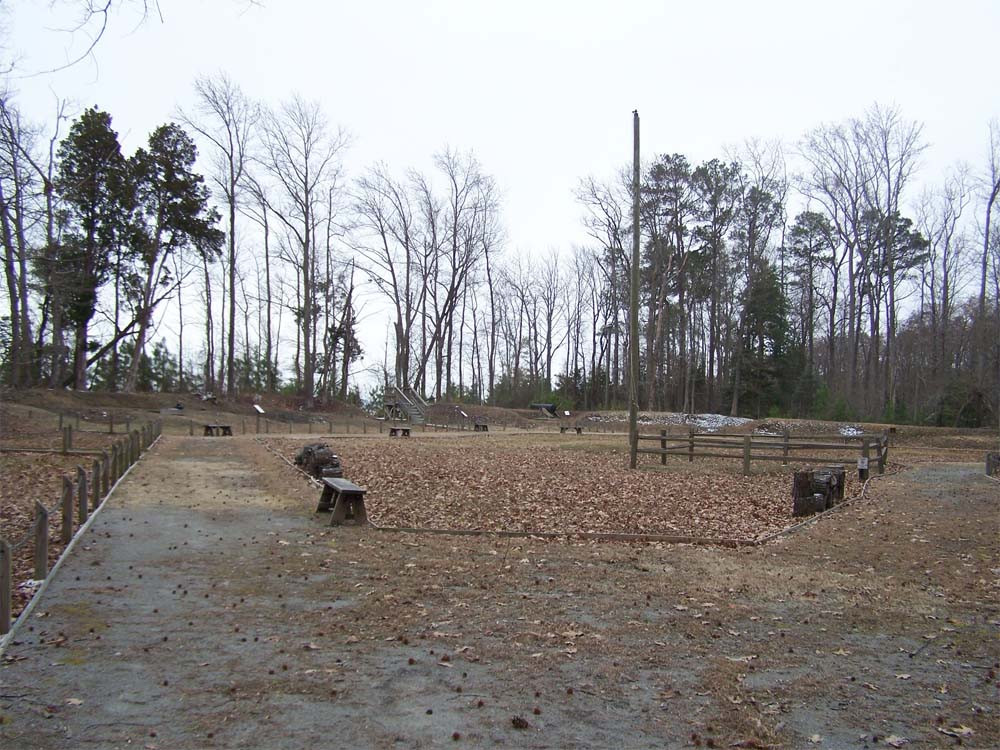 Named for Major General Benjamin Huger, commander of Confederate defenses in southeastern Virginia, Fort Huger is located on Hardy’s Bluff above the James River in Isle of Wight County. During the Civil War, it was necessary for the Confederates to defend Richmond and the region along the James against Union forces based at Fort Monroe and Old Point Comfort. Designed and built under the supervision of State Engineer Andrew Talcott, the fort was constructed of earth scraped outward from its interior, and remains remarkably intact and well-preserved, with most of its features discernable. These include the remains of a furnace for heating shot, as well as numerous earthworks. The fort offers an excellent opportunity to educate the public on Civil War engineering, military strategies, and the hardships faced by those who fought and was opened to the public in 2008 as a historic site.