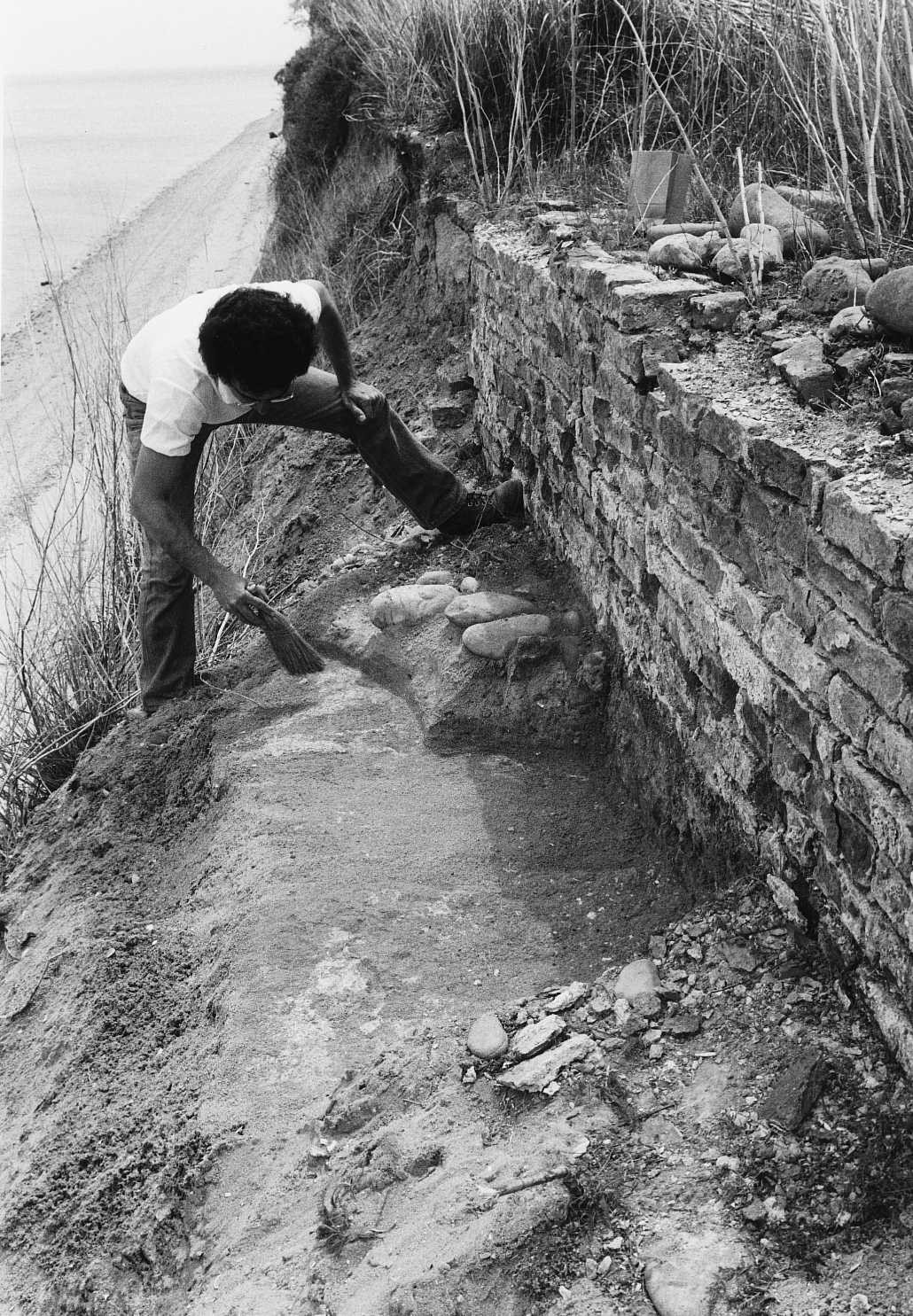 At the confluence of the James and Pagan rivers, the Basses Choice Archaeological District reflects a nearly continuous span of human occupation from ca. 4000 B.C. through the 19th century. Prehistoric site types range from small, temporary Archaic and Woodland camps to larger, more sedentary Woodland communities. Historic period occupation includes portions of three Virginia Company settlements, two of which suffered heavily in the 1622 Indian uprising. Archaeological excavation of the sites should yield new information on the material culture and architecture of Virginia’s earliest English settlers. The site takes its name from Nathaniel Basse, who patented land here in 1622. The property was occupied by the Wilson family in the early 19th century and by the Blackwell family during the Civil War.