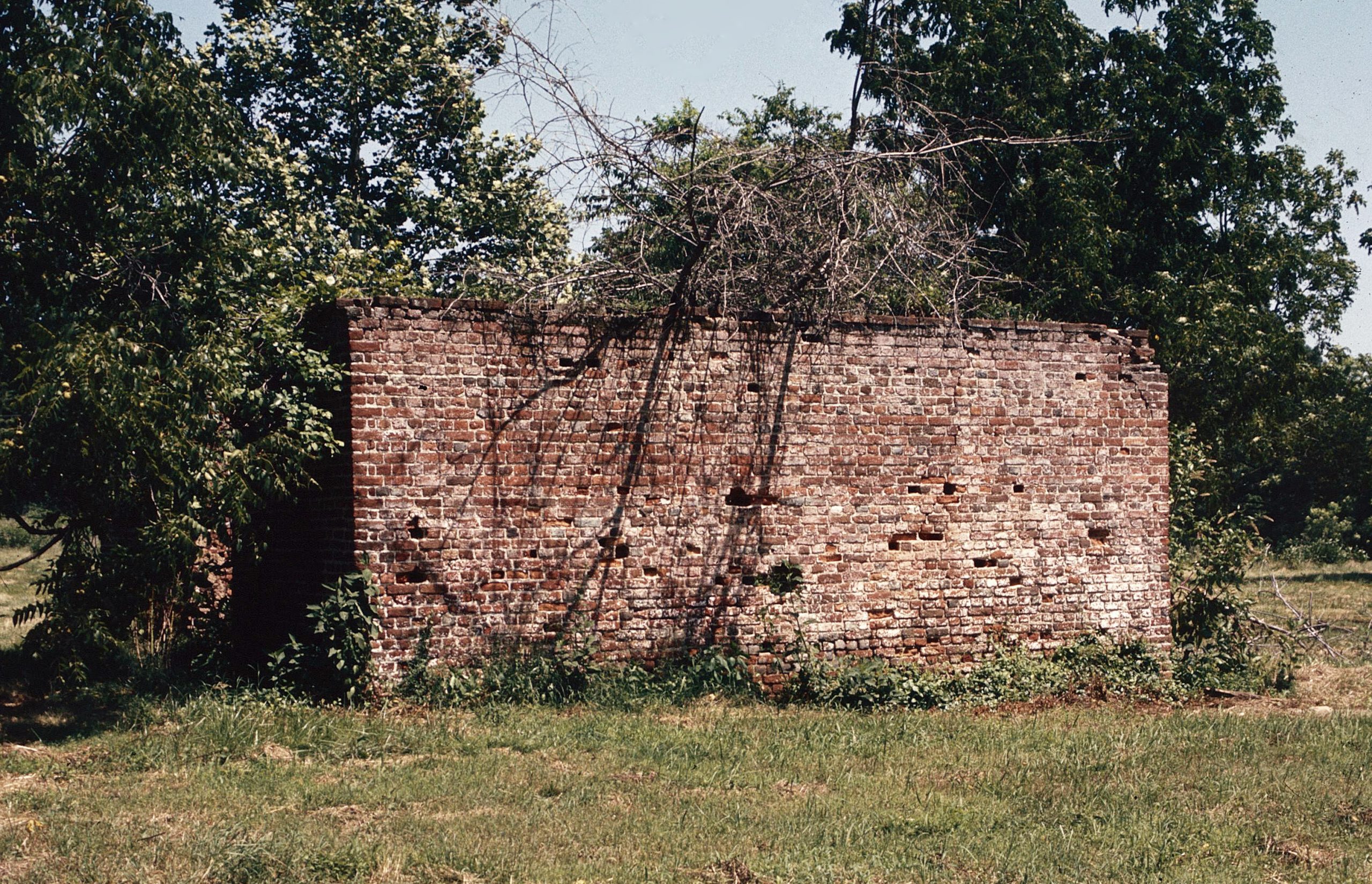 Named for a natural spring on this James City County property located west of Williamsburg, Green Spring was patented by 1643 by Governor Sir William Berkeley. He constructed a substantial brick dwelling here in 1645 and developed the property into a manorial estate. During the English Civil War Berkeley resigned his office and withdrew to Green Spring. He became governor again following the Restoration in 1660. The mansion later sustained massive damage during Bacon’s Rebellion in 1675-76, and was largely rebuilt by Berkeley’s widow, Lady Frances Berkeley. Through her marriage to Philip Ludwell, Green Spring passed into the Ludwell family who owned it over the 18th century. Benjamin Henry Latrobe recorded the mansion’s appearance in a 1796 watercolor drawing. William Ludwell Lee subsequently replaced the mansion with a new house which burned in the 19th century. Only the brick shell of a colonial outbuilding remains (pictured above). The Green Spring site is now part of the Colonial National Historical Park.