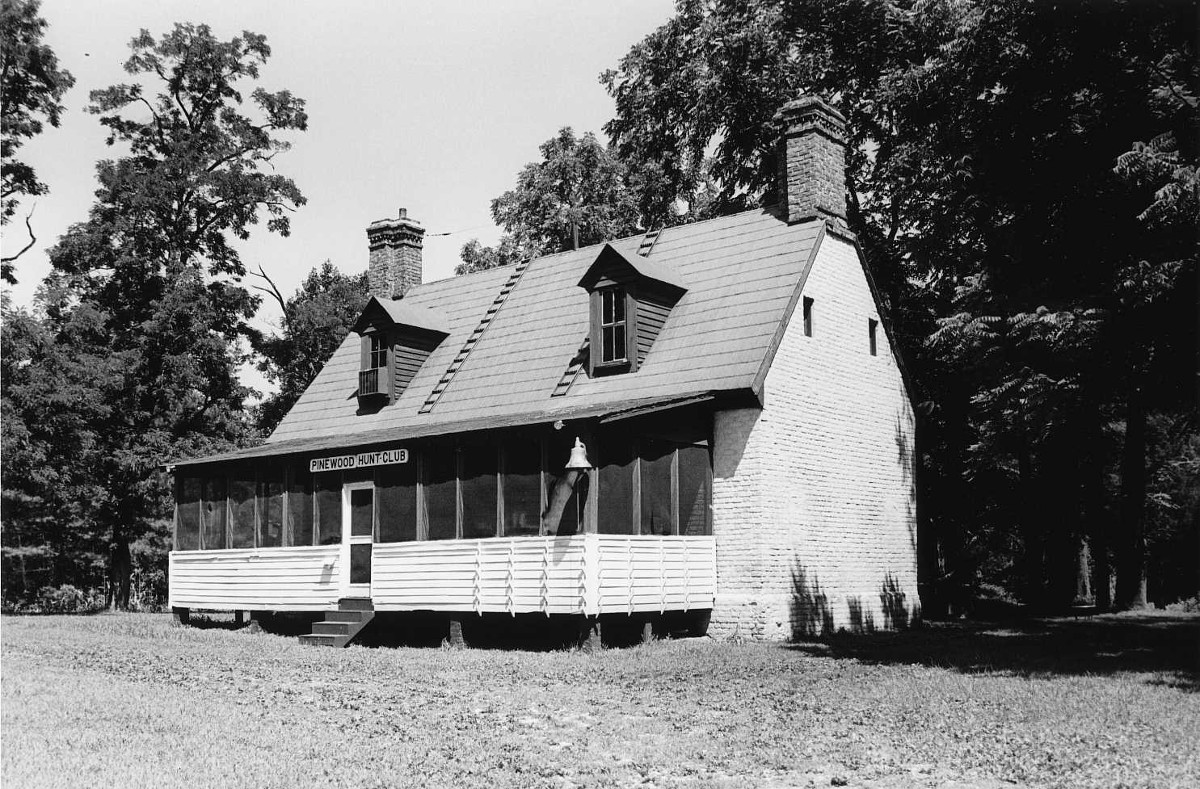 Pinewoods, also known as the Warburton House, is a modest plantation dwelling of the pre-Georgian period, one of the few remaining in the greater Williamsburg area. The house was set apart from most of its vanished contemporaries by its brick construction, which was employed only rarely for rural houses in the early colonial period. The architectural forms and details of the house suggest that it was erected in the first decade of the 18th century. The house was gutted by fire in the early part of this century, but the Flemish-bond brick walls and the decorative T-shaped chimney stacks survived. Owned by the Warburton family throughout its history, Pinewoods has been rebuilt within its walls for use as a hunting lodge.