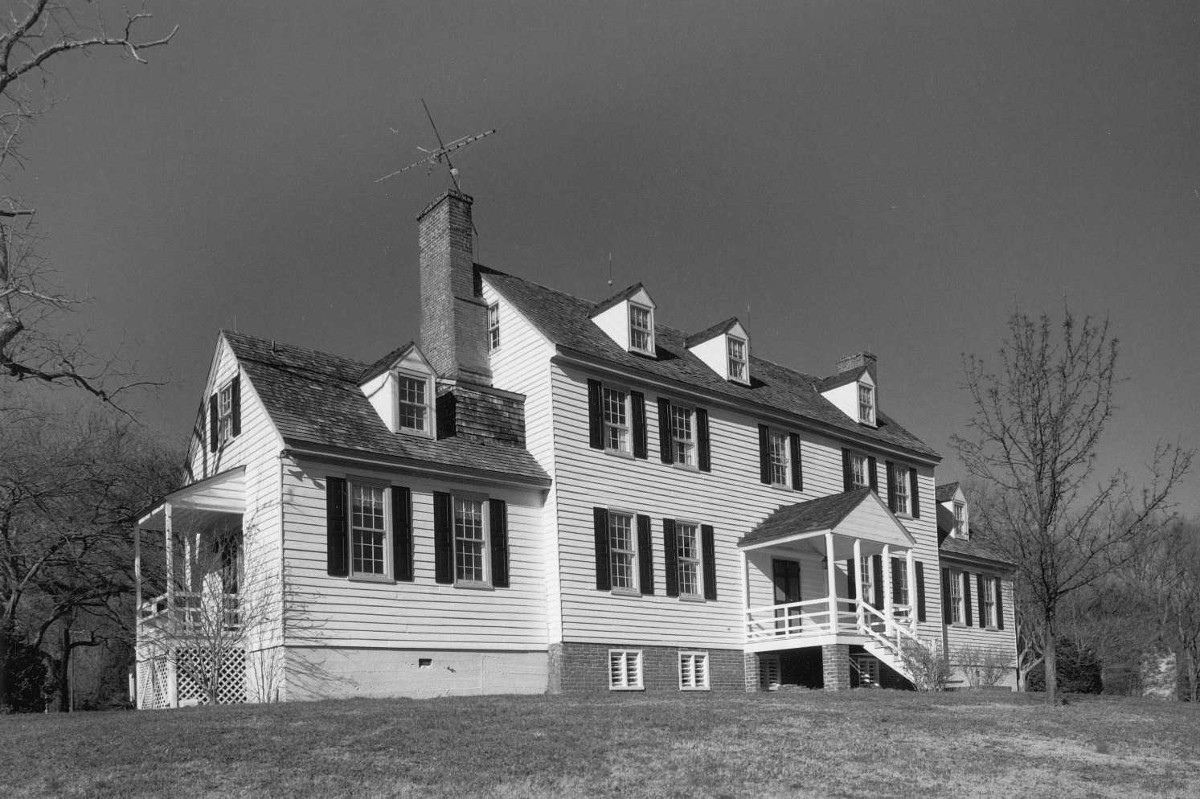 As its name implies, this antebellum dwelling enjoys panoramic views of the York River. Built in the 1850s on or near an 18th-century site, the frame structure with its I-house plan and paired windows has architectural interest not because of its antiquity, but because of its comparatively late date. In its configuration, plan, and details, it is little different from Virginia plantation houses dating a century earlier. It began as a side-passage-plan house but was enlarged to its symmetrical form within the decade. Its original owner was Albert Hankins whose forebears had owned the land since the mid-18th century. The one-story wings were added in 1913 by Louis C. Phillips. Phillips’s brother-in-law, Governor John Garland Pollard, spent much time at Riverview. The house, recently restored, is now within a development on a five-acre tract.