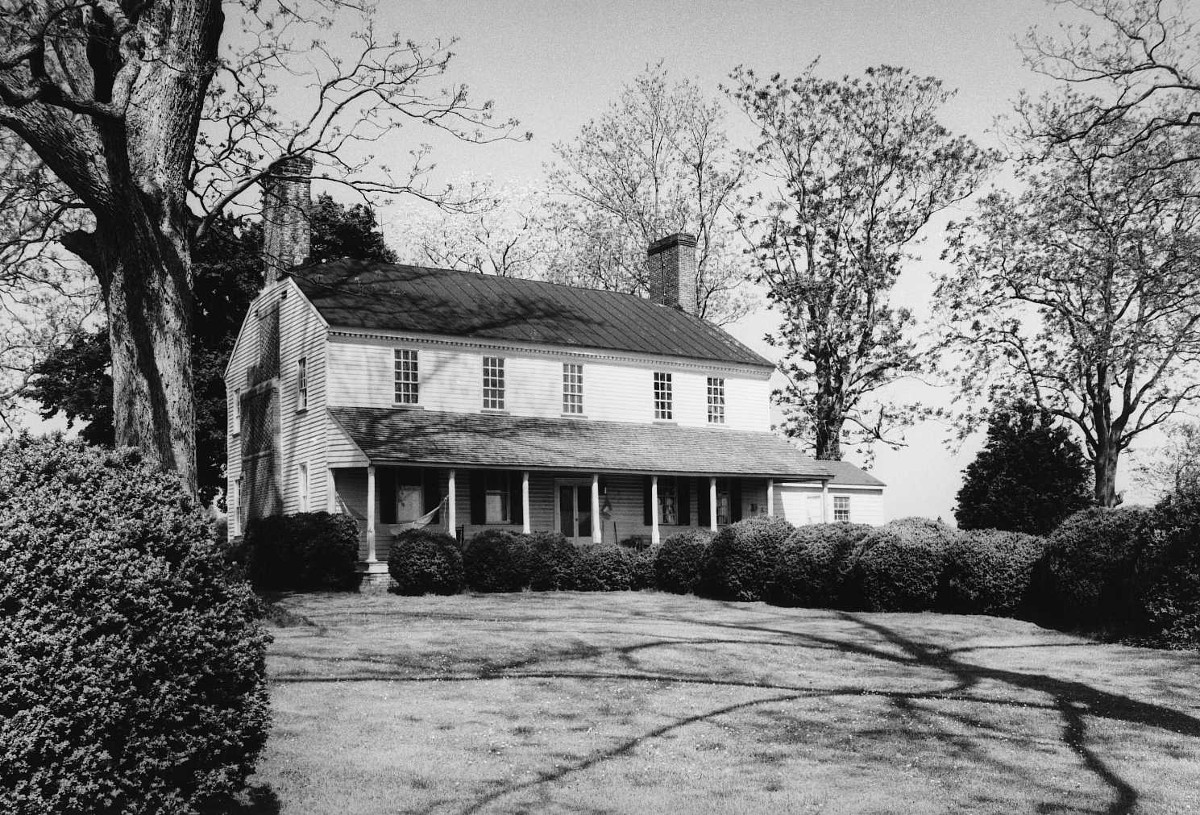 Marmion was the seat of the Fitzhughs, a leading colonial landed family. The present house probably was built in the second quarter of the 18th century for John Fitzhugh or his son Philip. Although it appears plain and unrefined, its paneled parlor, now displayed in the Metropolitan Museum of Art, is one of America’s most elegant colonial rooms. The remaining interiors are simpler and more typical of the period. The stack of the south chimney boasts Virginia’s only known example of all glazed header brickwork. The original outbuildings, forming a quadrangle around the house, include a kitchen, plantation store, dairy, and smokehouse. Marmion was sold by the Fitzhughs ca. 1785 to George Lewis, son of Fielding Lewis of Kenmore. It was owned by Lewis descendants until 1977 and has since undergone careful restoration.