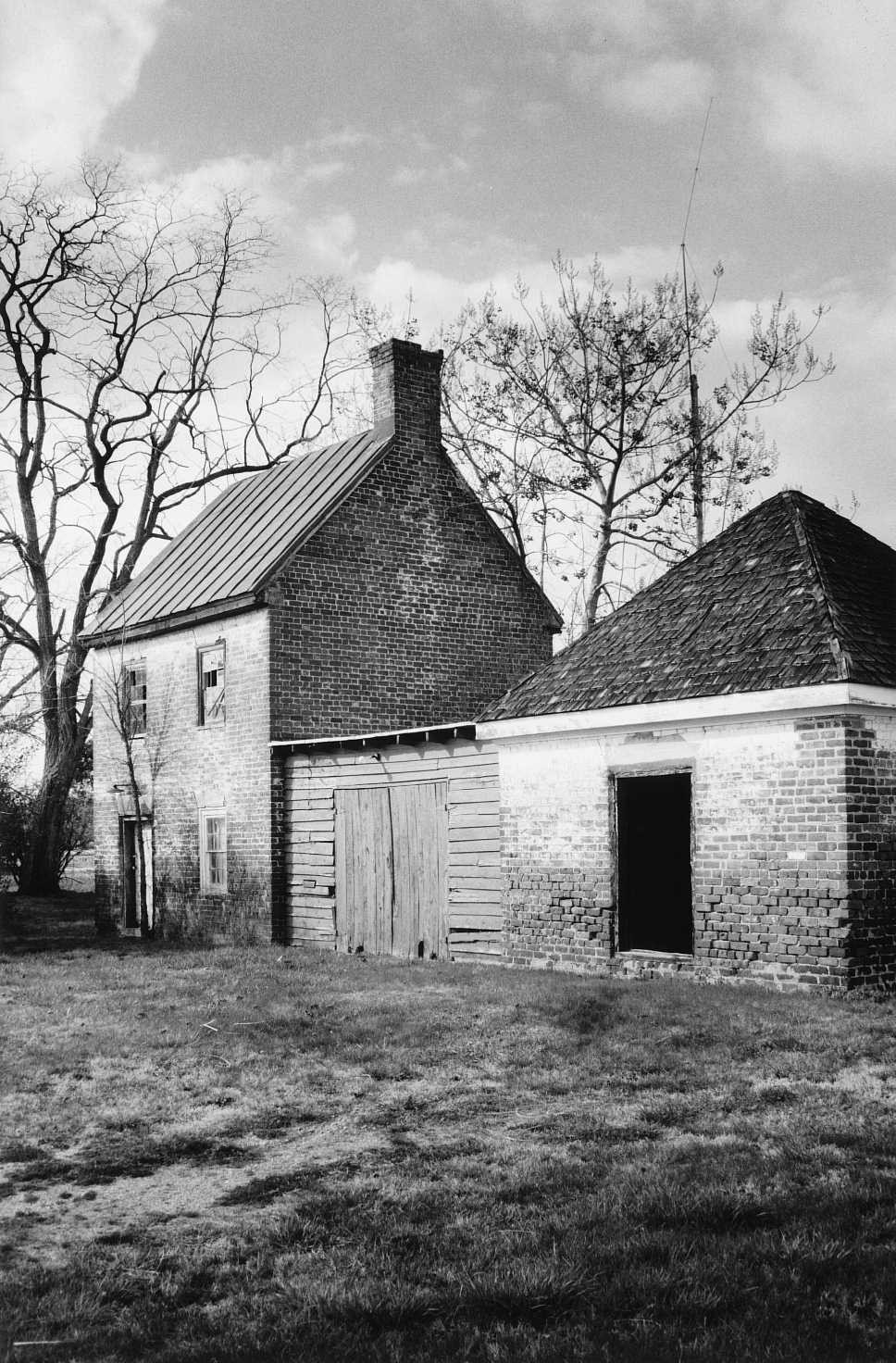 The two picturesque outbuildings at this busy highway intersection are the remnants of an extensive 18th-century farmstead that was the birthplace and childhood home of William (“Extra Billy”) Smith (1797-1887), U.S. congressman, Confederate general, and twice governor of Virginia. Built circa 1805-1820, the kitchen is one of the very few one-room-plan, two-story brick plantation kitchens recorded in Virginia. It exhibits several unusual features including formal Federal-style detailing, an odd hierarchy of brickwork patterns, and a second-story room originally accessible only by an exterior stair. At various points in its history the kitchen served as servants’ lodgings and as a private school. The contemporary smokehouse has an unusual roof structure, featuring false joists and outriggers. Both buildings remain remarkably unaltered and illustrate the broad repertoire of the vernacular Virginia builder.
[boundary adjustment nomination, VLR Listed: 5/16/1999; NRHP Listed: 8/19/1999]