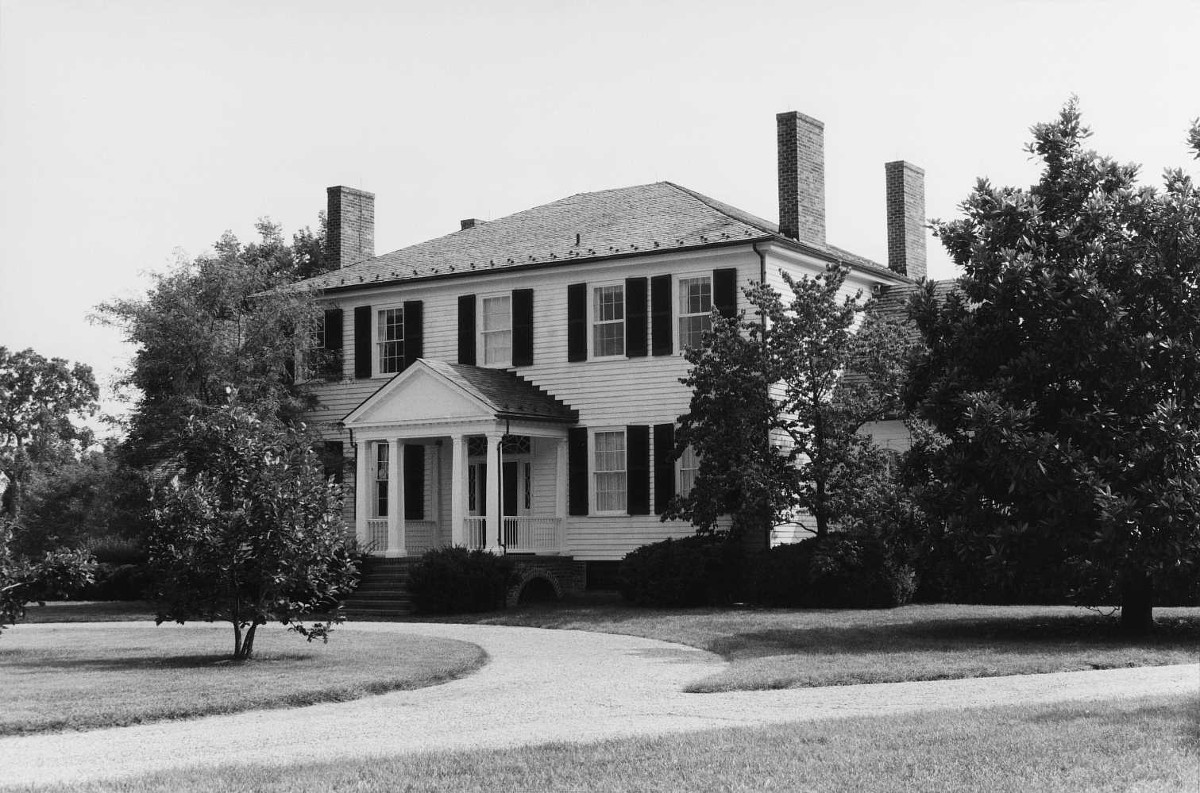 This district encompasses Woodlawn plantation, assembled in the early 18th century by Col. Thomas Turner. The earliest portion of the present house, the east wing, was built for the Turners ca. 1790. The main part, built around 1841, continued the traditional rectangular, hip-roofed format of the area’s larger colonial dwellings. Adjacent to the house are two outbuildings and a slave house. Intact elements of the antebellum plantation landscape are the field system, the farm road network, a drainage ditch network, and various outbuilding sites. Also on the plantation is an important series of Indian archaeological sites including what may be a palisaded enclosure within a more broadly distributed village along the Rappahannock. Many of the artifacts relate to the early 17th century when various groups of the Powhatan Chiefdom were slowing moving west, distancing themselves from the European settlements.