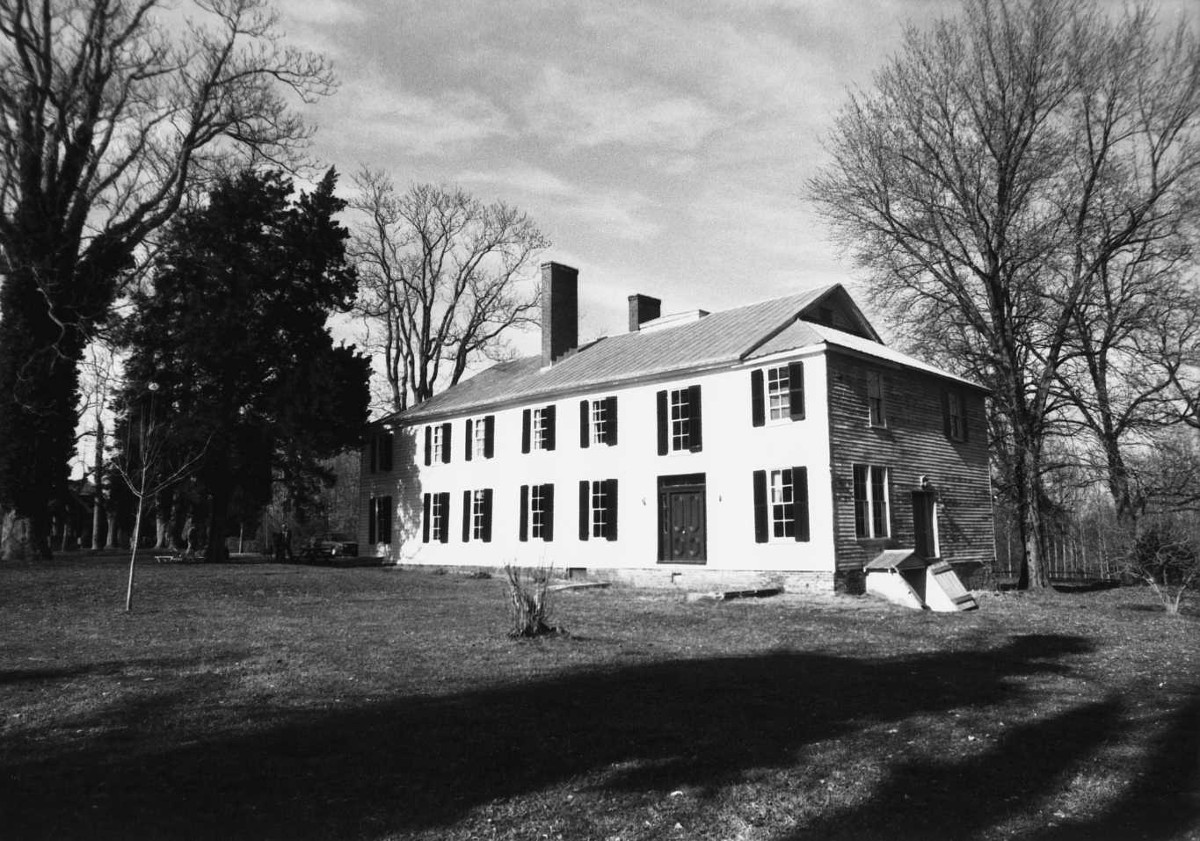 On a ridge overlooking the Potomac River, Eagle’s Nest, is the ancestral home of the Fitzhugh family. The property is the core of a 17th-century plantation that originally exceeded 54,000 acres. The present house was severely damaged by fire in the late 18th century and was extensively repaired and subsequently enlarged. The regular lines of the exterior disguise an unusual floor plan, which features two end stair halls connected by a central transverse hall. Many of the alterations were made in the 19th century when the property was owned by the Grymes family. On the grounds is an early garden and a family cemetery. Original outbuildings include two dovecotes and a smokehouse with a tilted false plate, a construction feature characteristic of early vernacular structures.