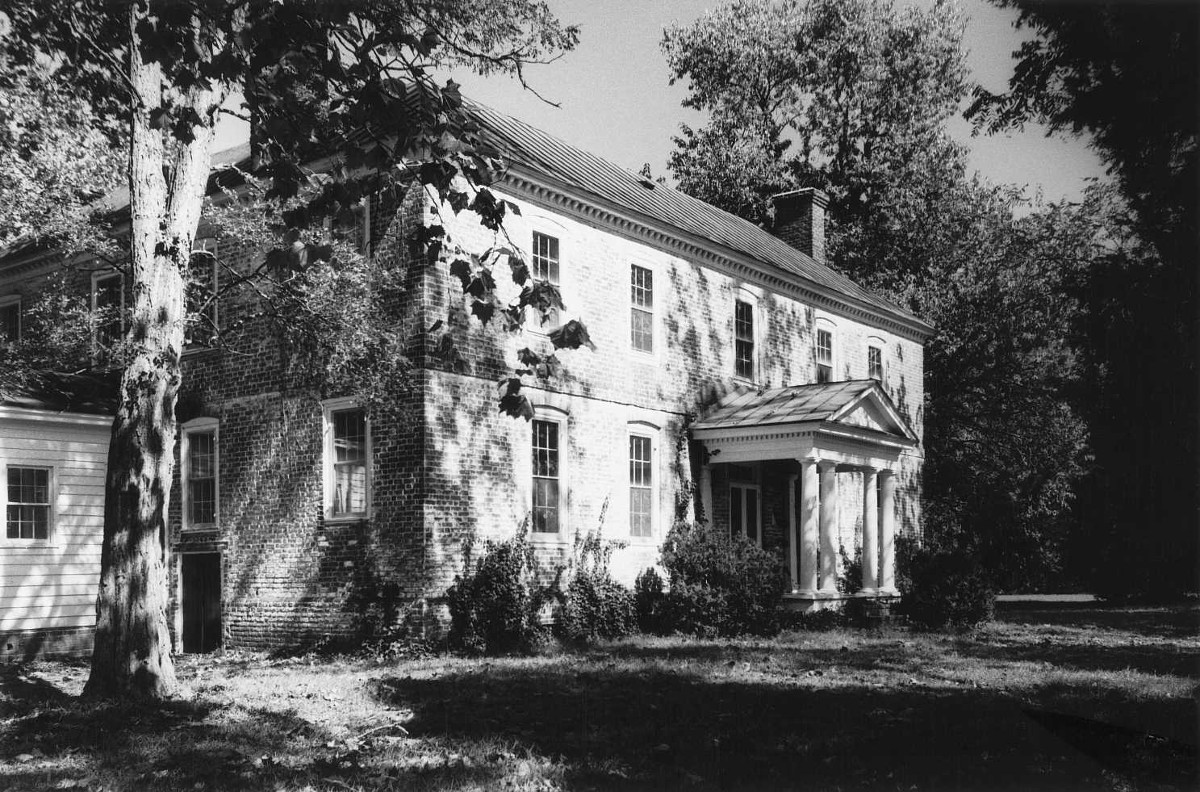 On a high bank above the Mattaponi River, this 1760s L-shaped brick house is a proficient work of Tidewater colonial architecture. It was probably built by William Tunstall, son of Richard Tunstall, clerk of the court, on the site of an earlier house owned by Obadiah and Elizabeth Marriott. The interior stood unfinished when the house was offered for sale in 1767. A Virginia Gazette advertisement of that year described it as “a new brick house . . . Which may be finished at small expense.” The walls and ceiling joists all date from the original construction. The relatively simple woodwork, including the stairs, mainly dates from the early 1800s when Bewdley was owned by the Roys. Subsequent interior modifications were made by the Latanes in the 1870s, the Fleets in the 1920s, and the Smiths in the 1950s.