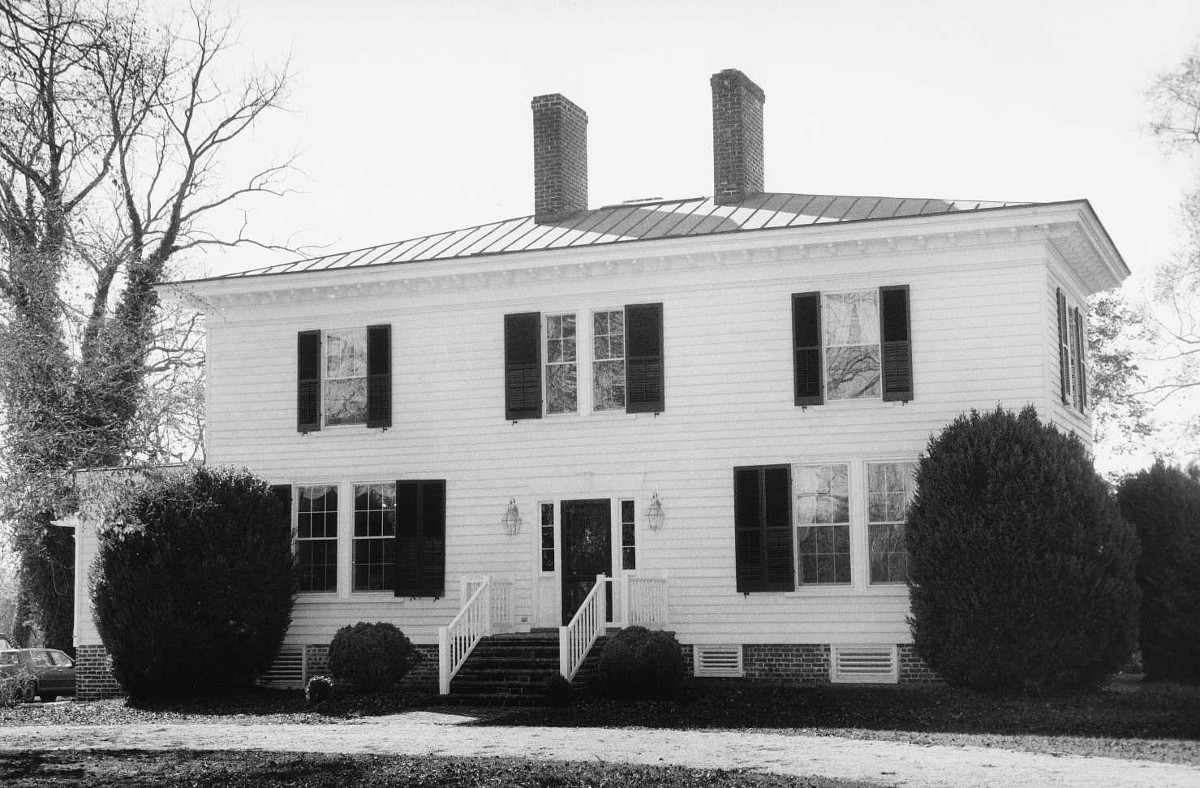 The original portion of this substantial frame house was built between 1795 and 1798 by Josiah Ryland, member of one of the area’s landed families. His son, John N. Ryland, substantially enlarged and remodeled the house in the Italianate style in 1859-60, leaving little trace of the former appearance. The remodeling is well documented in Ryland’s letters to his wife. Ryland had a highly diversified farming operation at Farmington, maintaining 900 acres in cultivation. In 1864 Union troops under Gen. Philip Sheridan ransacked the house and made off with livestock and foodstuffs. The property left the Ryland family in 1909 but was purchased by John N. Ryland’s grandson in 1928 and has remained in the family to the present. On the property are several early outbuildings including a weaving house and a rare antebellum Tidewater braced-frame barn. The house underwent extensive restoration in 1993.