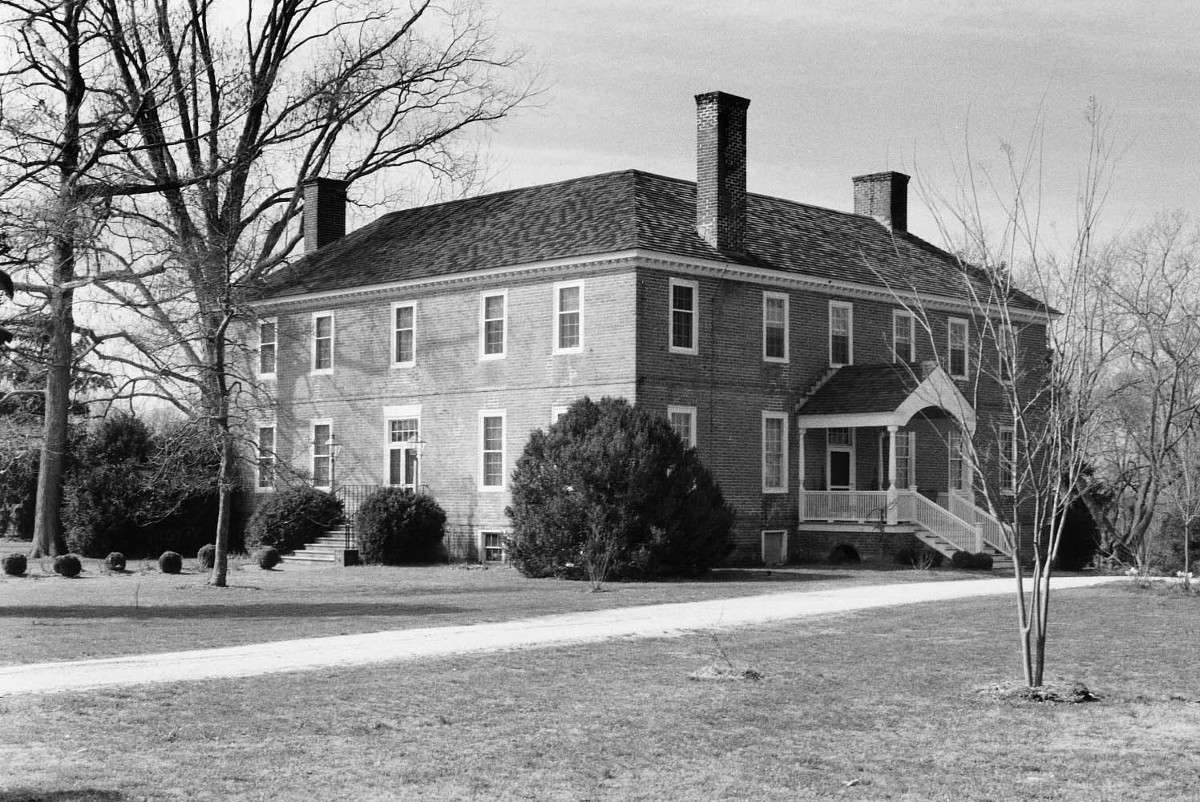 Named for its wooded promontory, this Mattaponi River plantation was established in 1784 by Moore Fauntleroy from land that was formerly part of Ring’s Neck, a property owned in the late 17th century by Joseph Ring, clerk of York County. The present house, a stately work, was built in the second decade of the 19th century for Fauntleroy’s son, Samuel Griffin Fauntleroy. In form and details the L-shaped house varies little on the exterior from dwellings erected in the region over a half century earlier, thus illustrating eastern Virginia’s architectural continuity and conservatism. Like its predecessors, Holly Hill has a symmetrical five-bay facade, relatively unadorned brick walls, and a hipped roof with modillion cornice. The interior preserves its original restrained Federal woodwork. The estate remained in the Fauntleroy family until 1946.