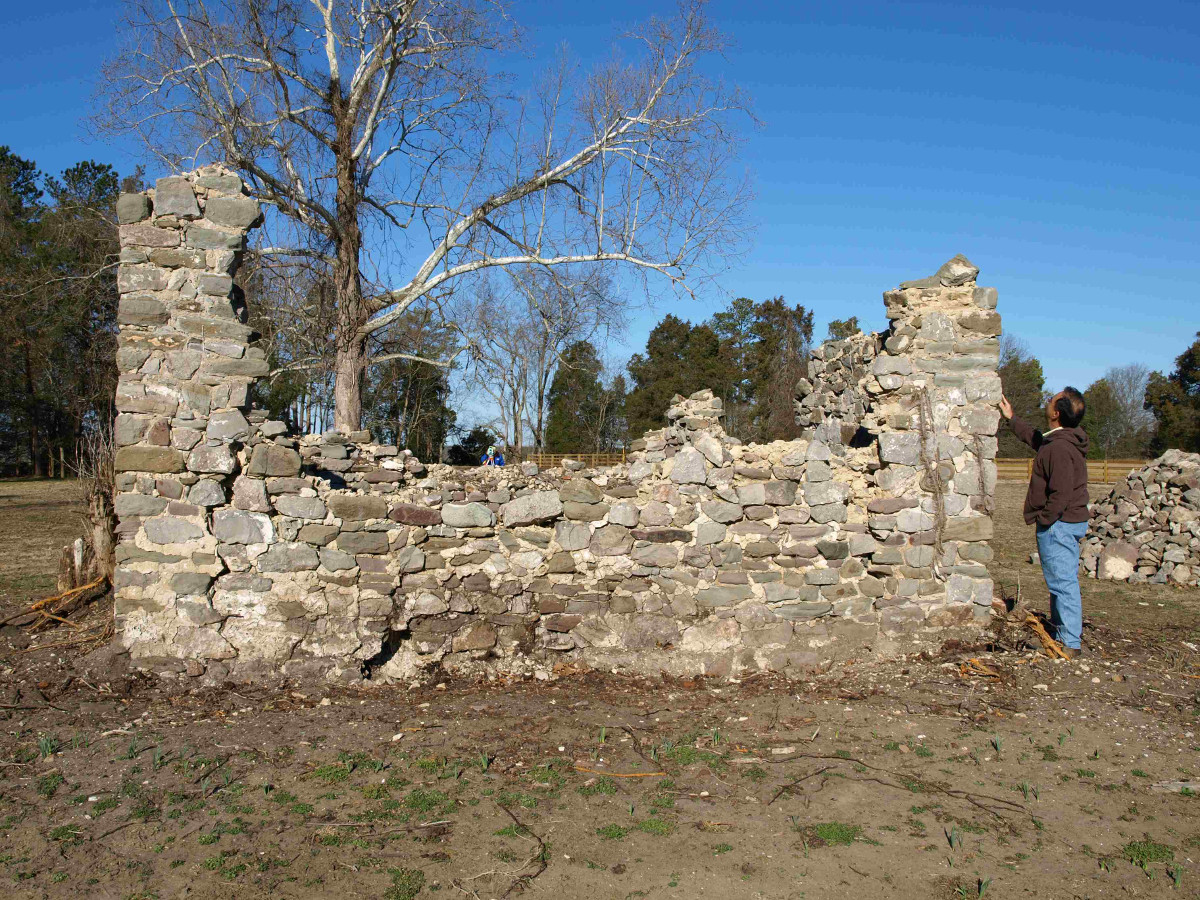 Newington, the birthplace and boyhood home of Carter Braxton, a signer of the Declaration of Independence, contains a rare combination of archaeological and surviving landscape elements derived from this former 18th-century plantation in King and Queen County. After a fire destroyed the original Newington mansion, a new dwelling was built on the original foundations, but it also burned in the first decade of the 20th century. While a stone building is the only aboveground 18th-century structure remaining, the location of the plantation mansion, two outbuilding foundations, and two cellars have been identified, among other ruins. Newington’s existing landscape components include a cemetery, historic road cut and trace, and the terraces of a falling garden. The archaeological research potential of Newington is extraordinary and includes, beyond the colonial-era remains, remarkably well preserved Native American deposits associated mostly with the Woodland period (1200 BC – AD 1600).