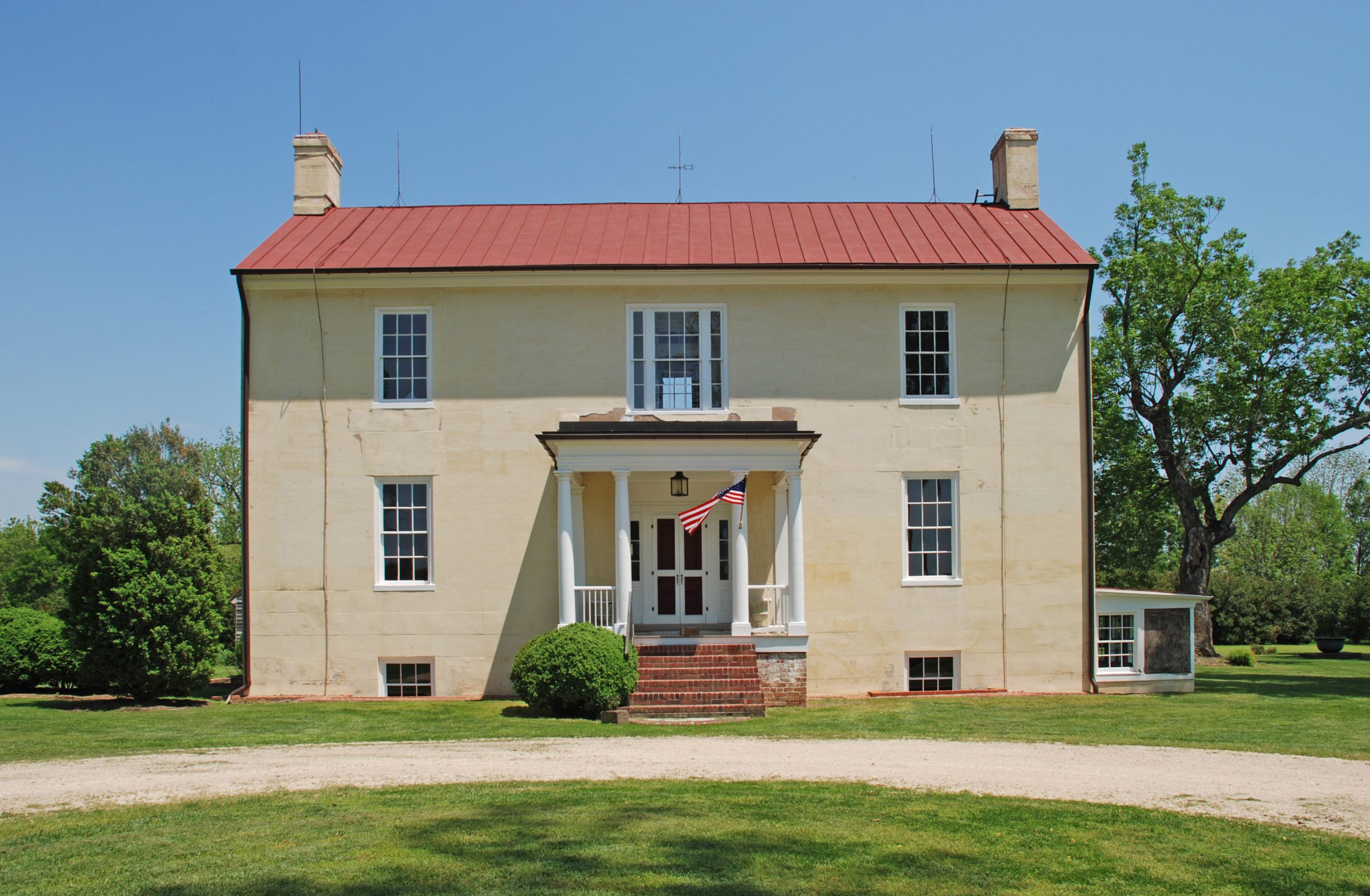 Burlington, a 700-acre plantation on the Mattaponi River, has been the property of the Gwathmey family since Owen Gwathmey II acquired the land in the mid-18th century. The tract is dominated by a small plateau providing panoramic views of surrounding countryside. On the plateau is an interesting two-part residence, the main portion of which is a stuccoed Classical Revival dwelling erected in 1842 by Dr. William Gwathmey. The rear wing is a section of a colonial frame dwelling built by the Burwell family. The wing has an original Georgian stair and other colonial woodwork. In the vicinity of the house is a 19th-century boxwood garden, an early smokehouse, the Gwathmey family cemetery, and an early barn that served as the original meetinghouse for Beaulah Baptist Church. The Burlington lands were probably originally occupied by Mattaponi Indians.