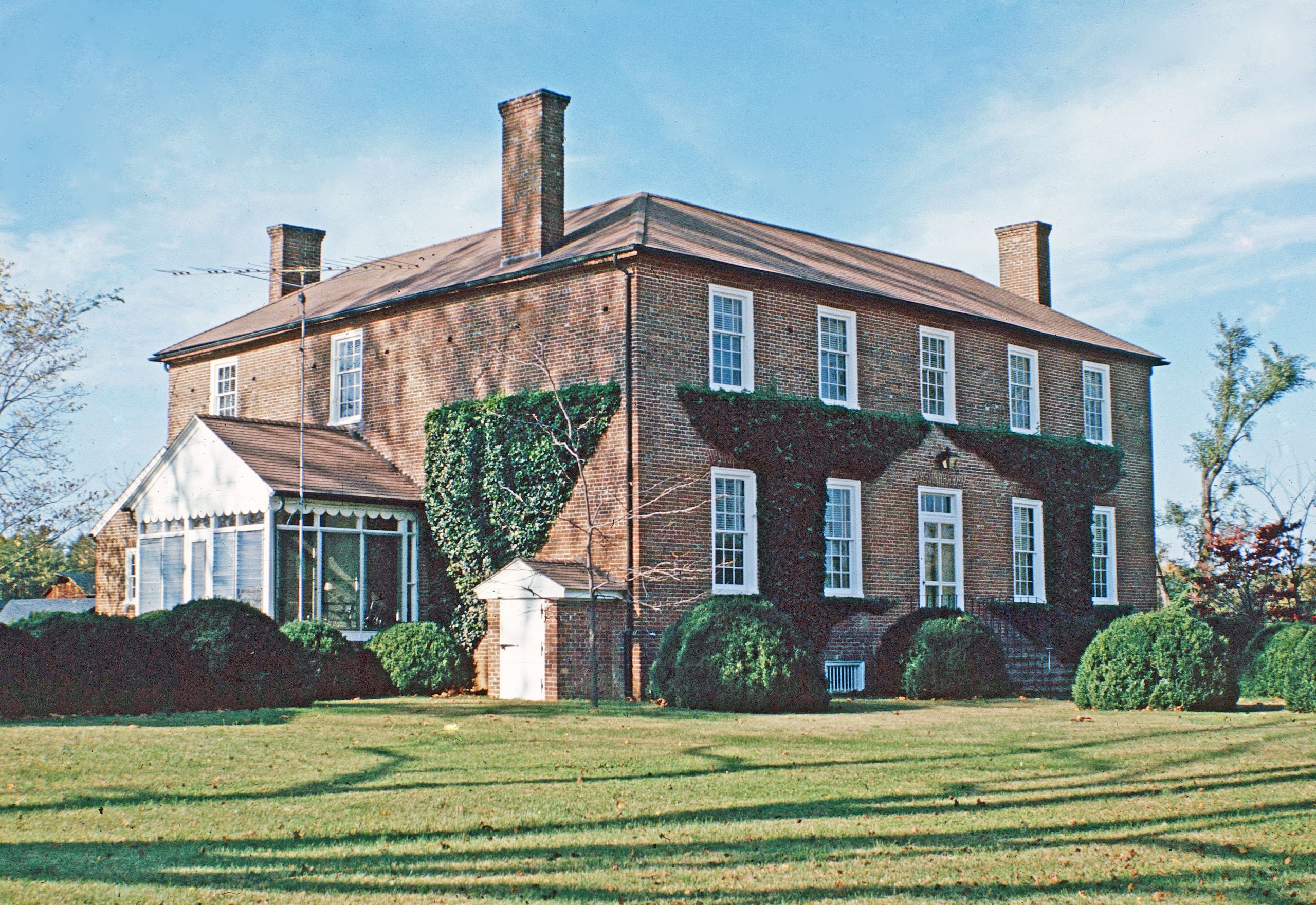 Historically named Farmville and renamed Fox Hill by a recent owner for David Fox, the 17th-century proprietor of the property, this Northern Neck plantation is dominated by an L-shaped Federal-style dwelling placed amid broad, level fields. The severely formal house, with its five-bay façade and hipped roof, echoes the Georgian style of the preceding generation and is set off by its tidy Flemish-bond brickwork and molded brick cornices. Inside is restrained but well-crafted Federal trim. Complementing the house is a two-story kitchen of the same formal character. It, and a brick smokehouse, are remnants of an early complex of five outbuildings. The property may also contain the archaeological site of David Fox’s manor house. The plantation was acquired in 1793 by Richard Selden II, who is believed to have built the present house in 1803 or possibly later.