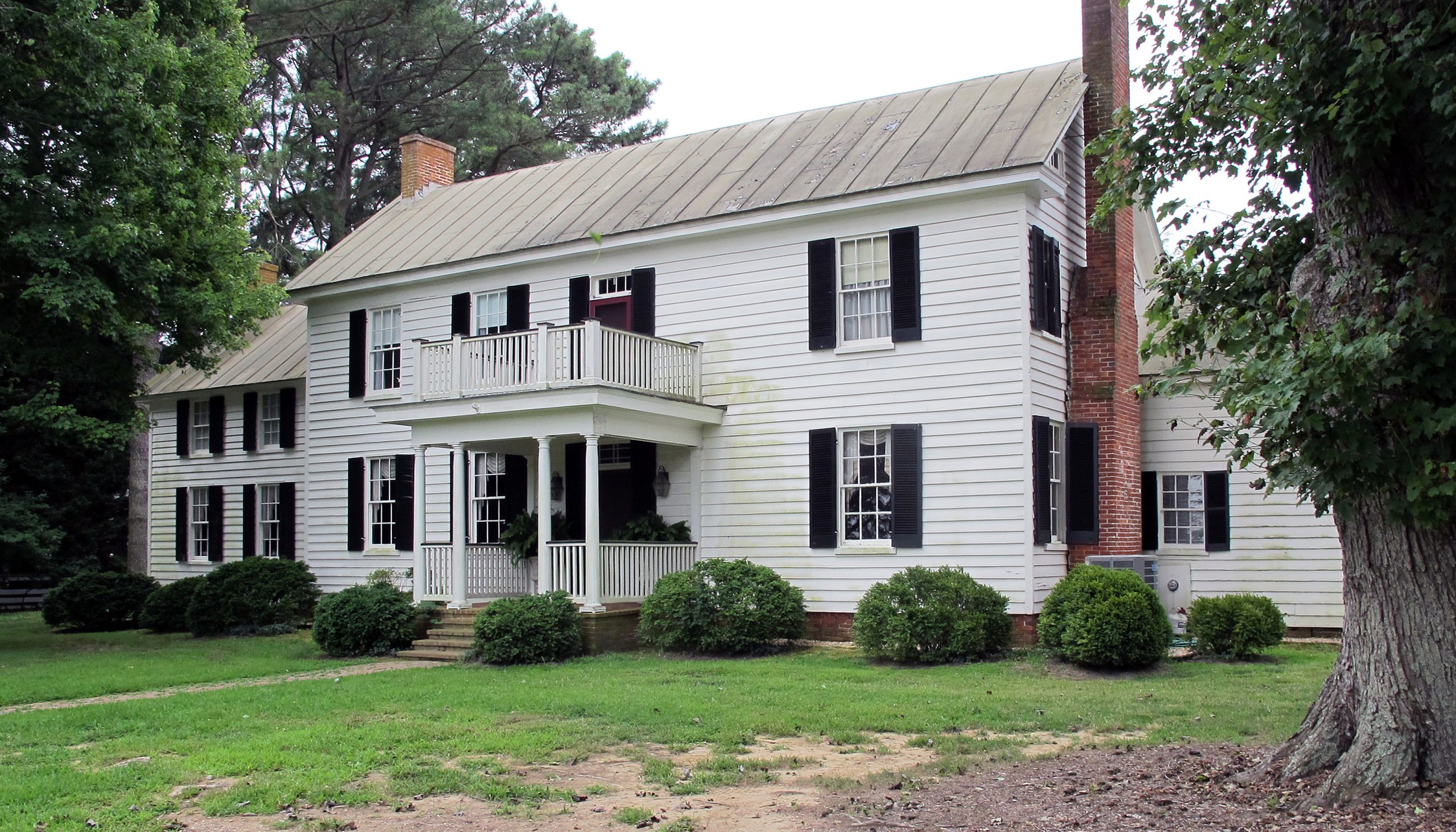 Greenfield in Lancaster County is important as an evolved antebellum house that always figured as the domestic core of a surrounding Tidewater farm. The earliest portion of the house dates to the 1820s. It was constructed with ready-made materials—including nails, shutters, locks, hinges, window glass, siding, and flooring ready-finished for transport—from vendors in Baltimore and Norfolk. The accounts of the transactions for these items provide a remarkable record of the house’s early construction. During the Civil War, Greenfield also witnessed a naval skirmish after a group of sailors under Confederate Captain Thaddeus Fitzhugh captured a steamer and steered it as far as they could up Dymar Creek, which flows along the southwest side of the property, before running it aground. A small fleet of Union boats pursued Fitzhugh and shelled both sides of Dymer Creek to flush Confederates from their hiding places in the woods and elsewhere. Today, Greenfield is likely the last surviving building on Dymer Creek to have been damaged by Union gunboats.