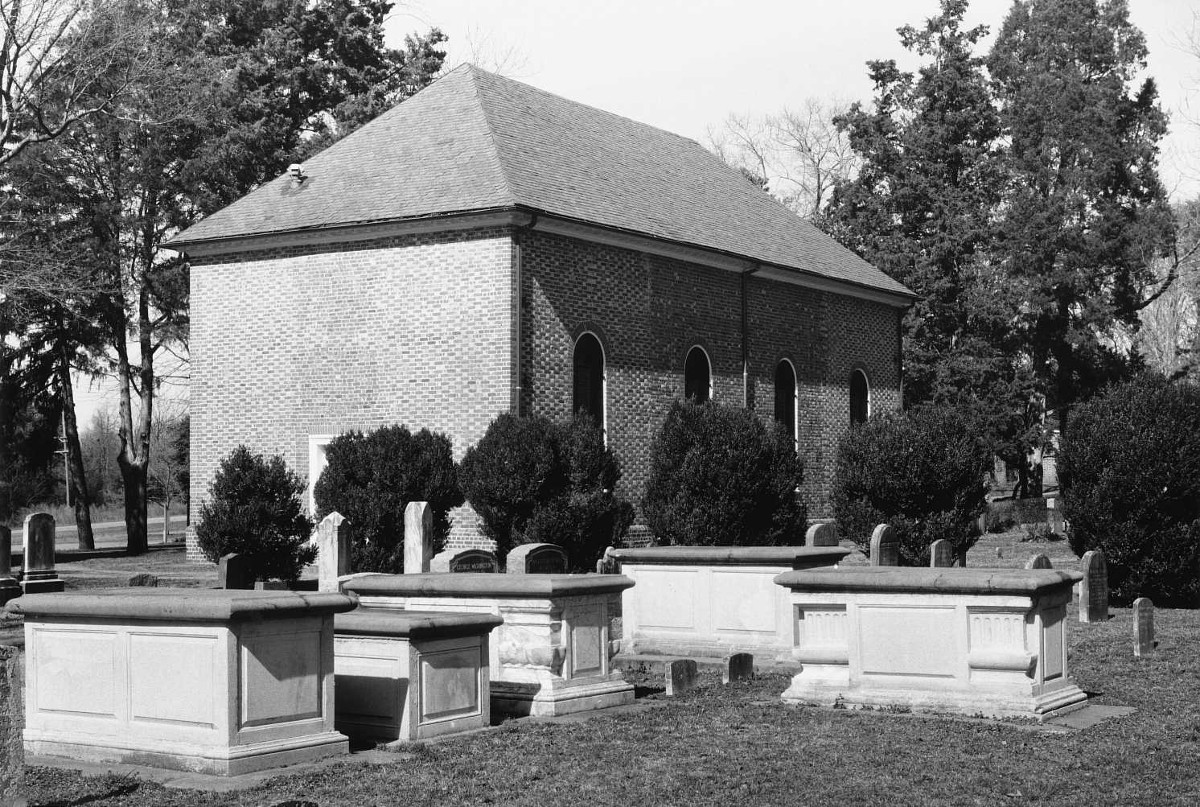 The vicissitudes suffered by Virginia’s Anglican church are expressed in the fabric of this colonial house of worship, named for the London suburb that was the place of origin of some of its first communicants. A church apparently existed here as early as 1669. This was replaced with a cruciform structure in 1739-41 possibly incorporating parts of the older church. The building was abandoned after the disestablishment but was reoccupied in 1832. A much diminished congregation removed the deteriorated nave and chancel, and used their bricks to fill the voids be-tween the transepts. Though its 18th-century form has been significantly altered, the building’s remaining portions are reminders of its parish’s former importance. Preserved on the interior are two sets of altar tablets dating from 1702 and 1718. St. Mary’s was the parish church of the family of Mary Ball, mother of George Washington.