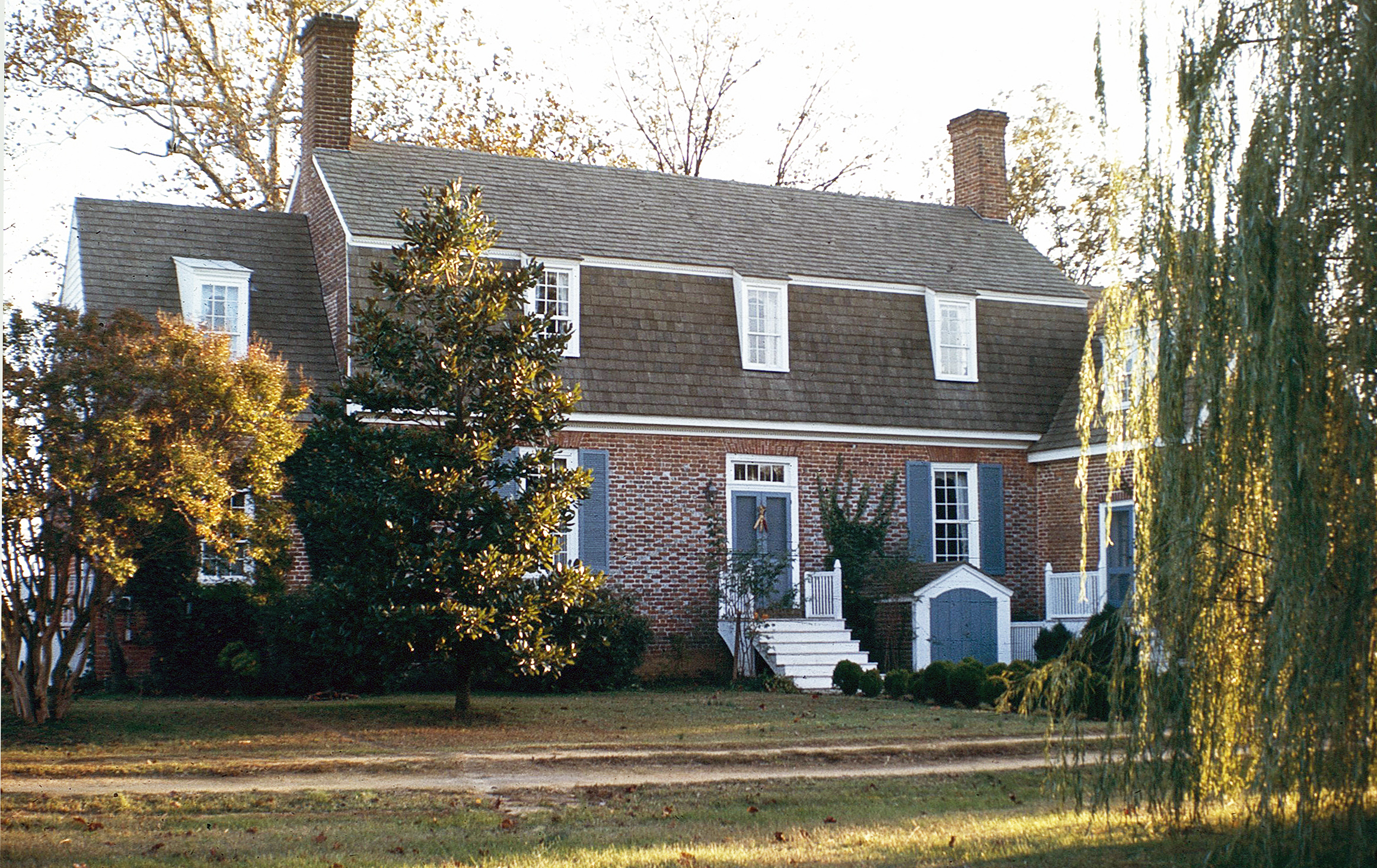 This visually engaging brick plantation house of Verville is one of a handful of colonial buildings remaining in Lancaster County. While its form is typical of the 18th-century Chesapeake area, Verville, as early records indicate, was always considered a superlative example of local domestic architecture. The house is the only standing structure on a plantation that once had many outbuildings and agricultural buildings. It was built in the 1740s by James Gordon, a Scots-Irish immigrant. Both he and his son, James Gordon, Jr., were influential merchants, planters, and public officials. During the early 19th century Verville was the home of Ellyson Currie, a justice of the Virginia General Court, who added the wings and probably the finely detailed Federal interior woodwork. The mantels are derived from designs in Owen Biddle’s Young Carpenter’s Assistant (1805). The house has since been expanded with several architecturally compatible additions.