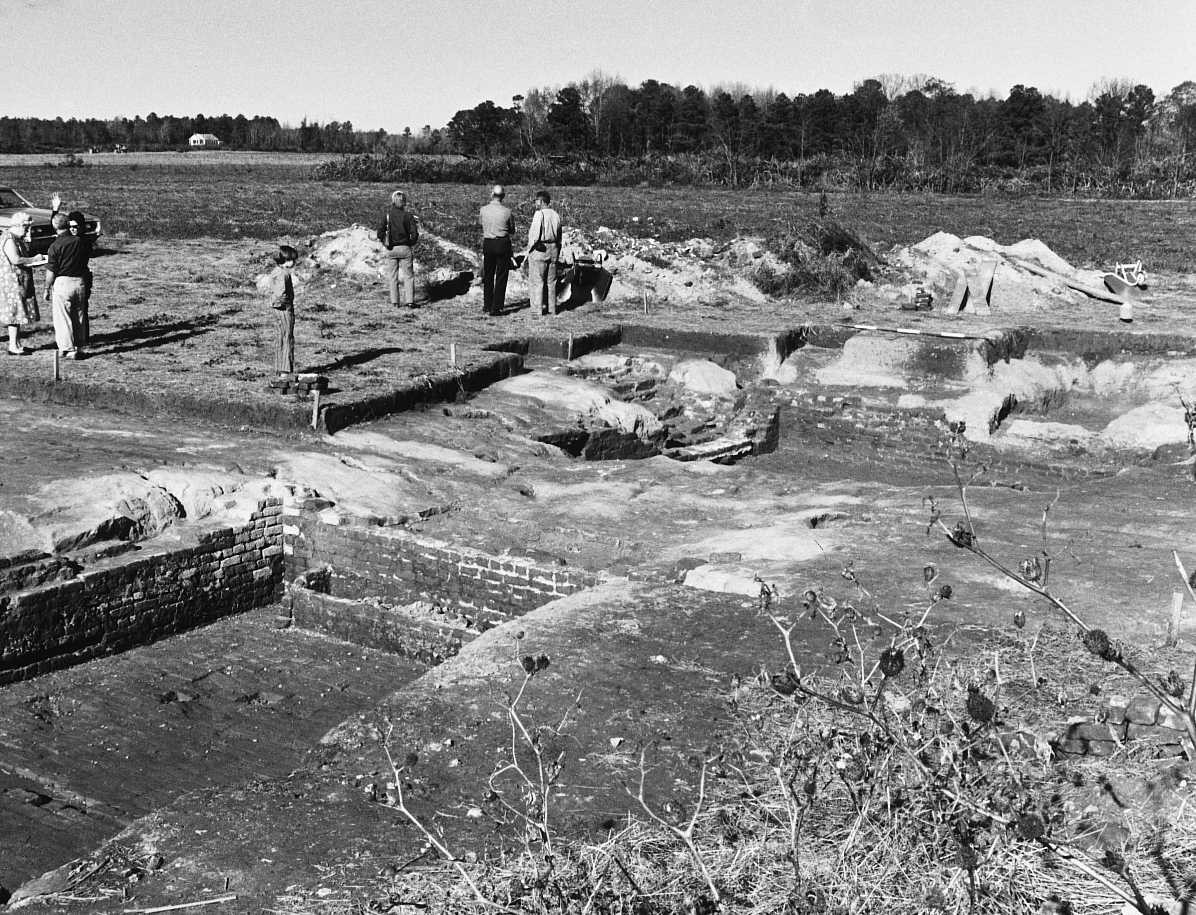 The area around the present settlement of Millenbeck on the Corotoman River, a tributary of the Rappahannock, contains several colonial archaeological sites. A fort, known as the fort at Ball’s Point, was established here around the time of Bacon’s Rebellion, and traces of it are believed to remain. The site of the late 17th century family home of Hannah Ball, great grandmother of George Washington, is near the fort location. The archaeological remains of a later Ball mansion, as well as that of another colonial era house are also among the historic resources here. The early date of the fortification and the residences of Washington’s ancestors give this complex particular archaeological interest. Limited salvage excavation of the area was undertaken in 1971 under the sponsorship of the Mary Ball Memorial Museum and Library. Brick foundations exposed at that time have since been covered over.