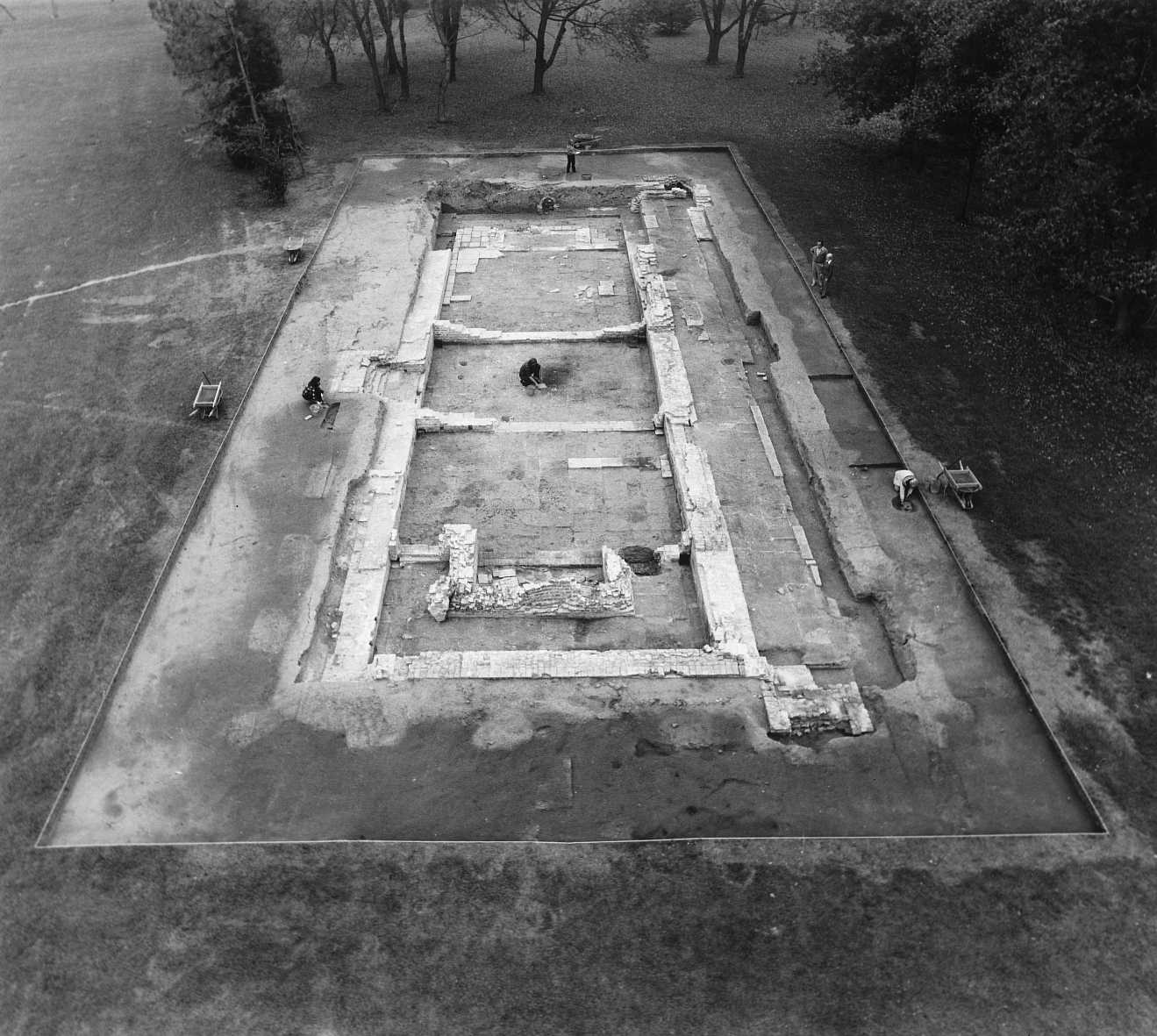 An extensive archaeological excavation conducted by the Department of Historic Resources in 1978 revealed the form and size of the mansion of Robert (“King”) Carter, colonial Virginia’s richest and most powerful planter. Carter began building the house in 1720 and lived there until it burned in 1729. The excavation uncovered the foundations of what must have been the most prodigious and richly appointed house of the period: a 40′ X 90′ two-story structure with corner towers connected by a long veranda. Archaeological evidence confirms that the central passage was paved with marble and that the fireplaces had marble trim and were lined with delft tiles. The thousands of artifacts, including fragments of tankards, storage vessels, porcelain teacups, and wine bottles, as well as buckles, clasps, and hardware, help to reconstruct the lifestyle of one of the great figures of America’s colonial era.