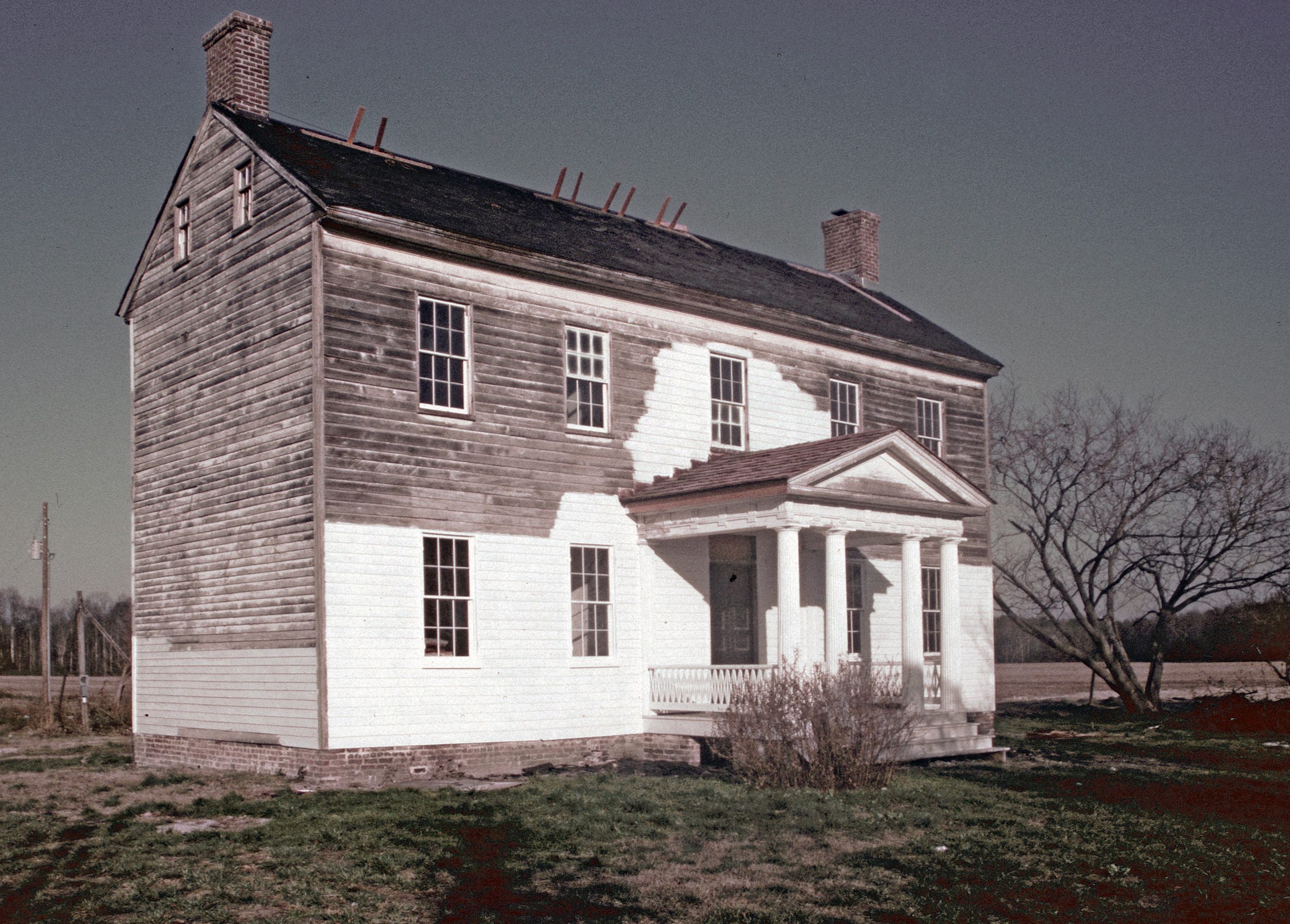 The persistent influence of standard Georgian forms on the mid-19th-century farm houses of eastern Virginia is clearly demonstrated at Locustville, which acquired its present appearance ca. 1855 either through a remodeling or a replacement of an earlier house. With its five-bay façade and gable roof, Locustville has the formality of colonial plantation houses. Relieving the plain exterior of this Lancaster County house is a handsome Greek Revival dwarf portico sheltering the entrance. Locustville was the home of John A. Rogers whose account book shows that local builder F. A. Pierce was employed to work on the house. Pierce’s name and the date 1855 are inscribed on the back wing. Rogers kept twenty-three slaves to work his considerable acreage, land that he was forced to sell off in small parcels following the Civil War. The house has undergone few alterations and retains most of its simple Greek Revival woodwork.