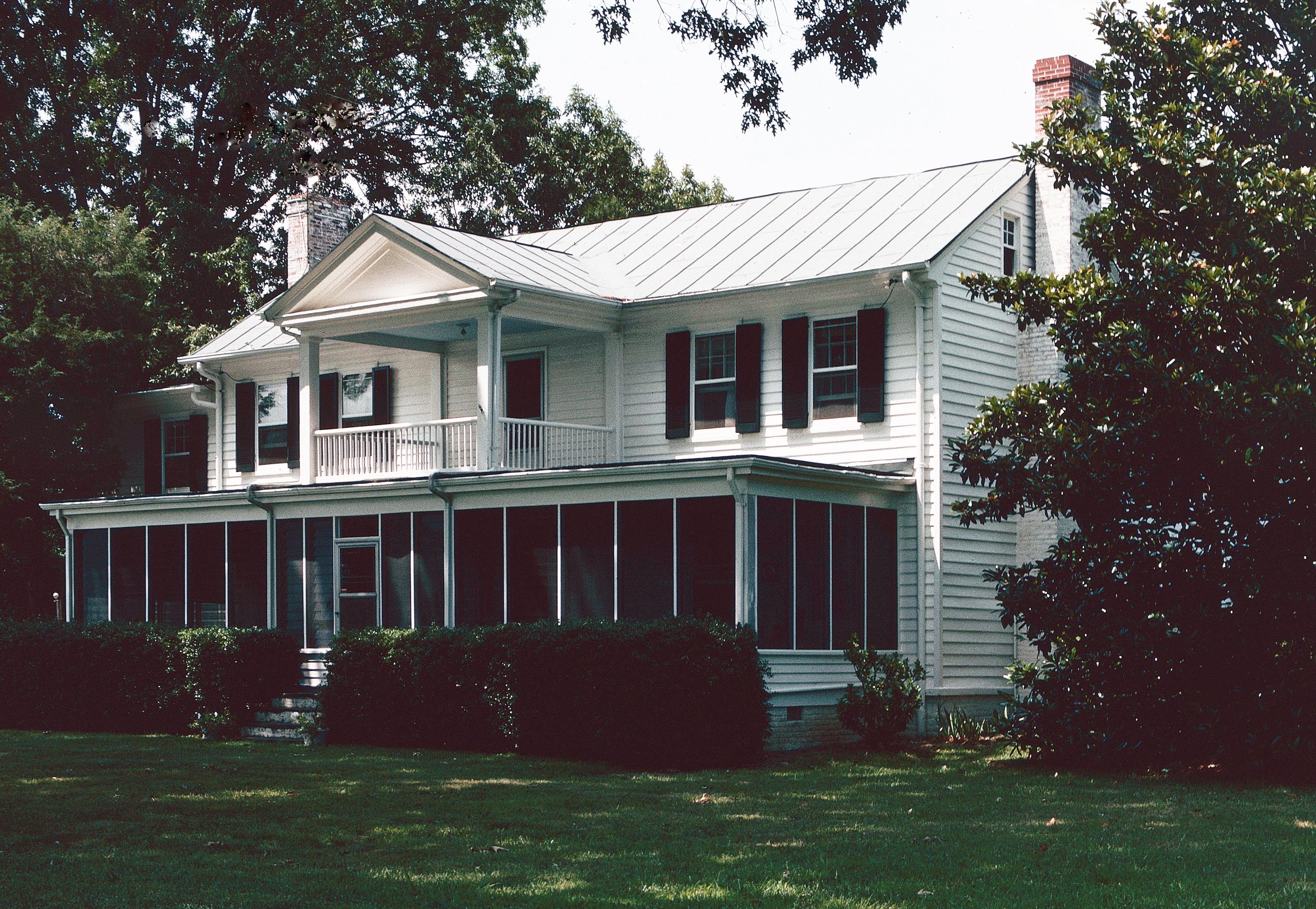 On the shores of the Rappahannock in Lancaster County, the substantial weatherboarded house of Pop Castle was built in 1855 for James Gresham and his wife Ann Armstrong Gresham on the foundations of a 1780s dwelling. The earliest section of the architecturally conservative structure employs the single-pile, center-passage form favored by landed families since colonial times. The several additions reflect the fact that the house at one time accommodated two separate households. The property was the site of the Wright’s Ferry terminus as early as 1702 and thus may preserve archaeological sites related to that activity. The origin of the plantation’s colorful name is uncertain. It may allude to action that took place here during the War of 1812 although the earliest use of the name appears in 1851. Pop Castle was again the focus of war activity in 1861 when a Union gunboat bombarded the house, inflicting considerable damage.