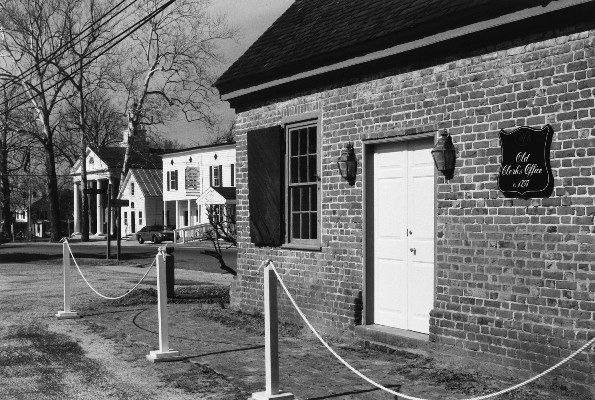 The district’s principal element is the 1861 brick courthouse, built by Edward O. Robinson. Its Tuscan portico was added in 1937. The courthouse complex includes the former jail and old clerk’s office, both dating from the 18th century. Near the latter is an 1872 Confederate memorial, believed to be the first such monument erected in Virginia. A ca. 1800 tavern, mid-19th-century post office, a Carpenter Gothic church, late 19th-century store, and several detached 19th- and early 20th-century dwellings complete the linear village. Nearly free of modern intrusions, the district maintains a harmony of scale, color, texture, and materials, all within a larger agrarian setting. The county seat was established at this location in 1740.