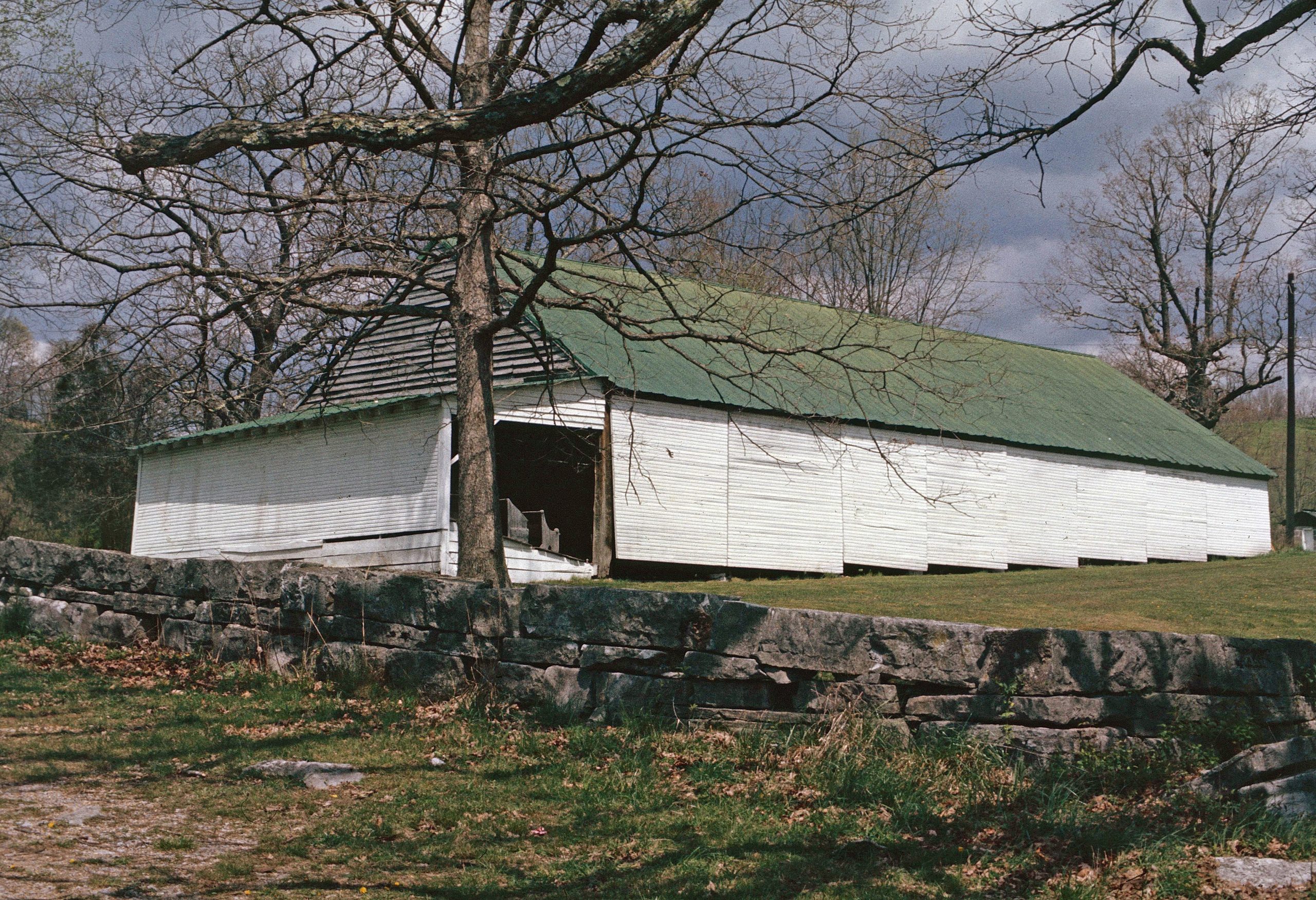 A surge of evangelical fervor in the early 19th century resulted in the establishment throughout the country of campgrounds to hold summer religious revival meetings. Spacious, shed-like auditoriums were built to shelter the large numbers attending the services. A particularly early example of this building type is found at Jonesville in the southwestern tip of Virginia. Surrounded by a wide lawn used for campsites, the 1827-28 structure was built on land established by the Methodist Episcopal Church of Lee County as a religious campground in 1810. The building has a long gable roof supported on massive oak timbers and side panels that can be raised for ventilation. It has been in continuous use since its completion.