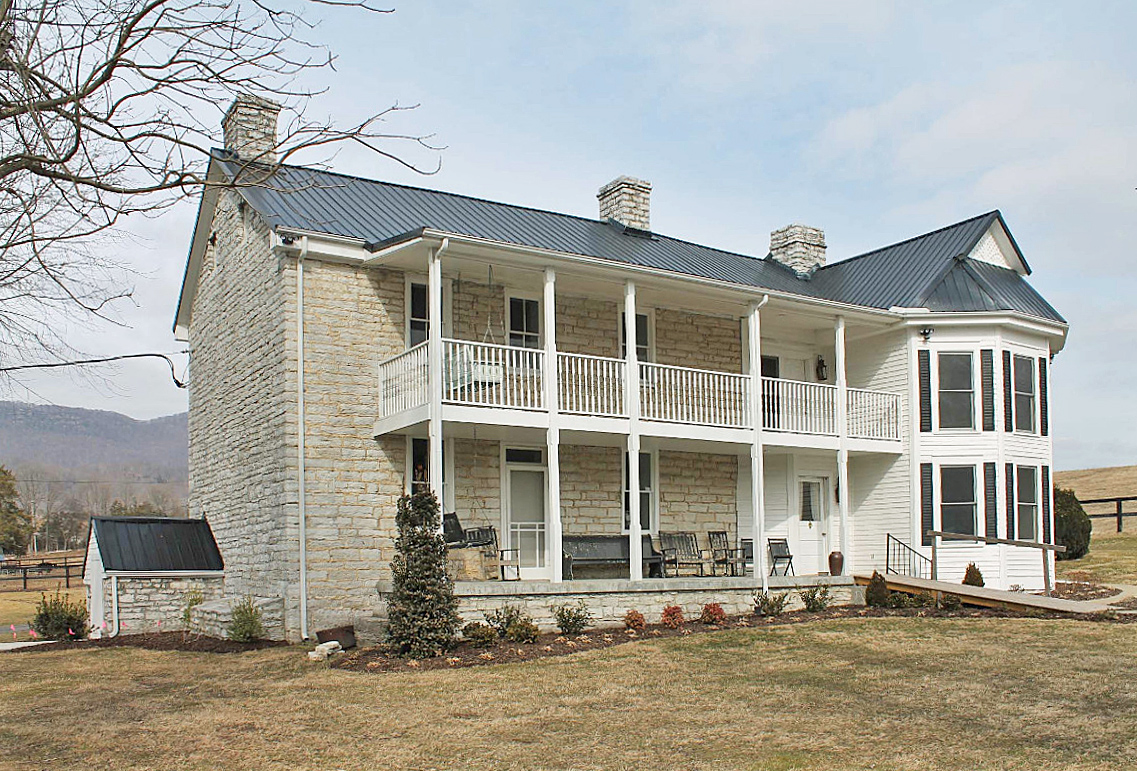 The Sayers Homestead in Lee County was established around 1796 by William Sayers, along the Wilderness Road and near the Cumberland Gap. The Sayers Homestead features a two-story stone house, built of limestone. Historically a relatively rare building type in southwest Virginia, stone houses today are exceptionally rare in the region, with perhaps less than a dozen examples still existing. In the 1890s, the Sayers house was added onto with a two-story, wood frame Victorian-style wing, resulting in a clear contrast between two distinct building traditions from different eras, nearly a century apart. The property also contains a limestone garage and an assortment of farm buildings dating to the late-19th and early-20th-centuries; a circa 1900 vehicular bridge, and a pre-1840 trace of the Old Wilderness Road.