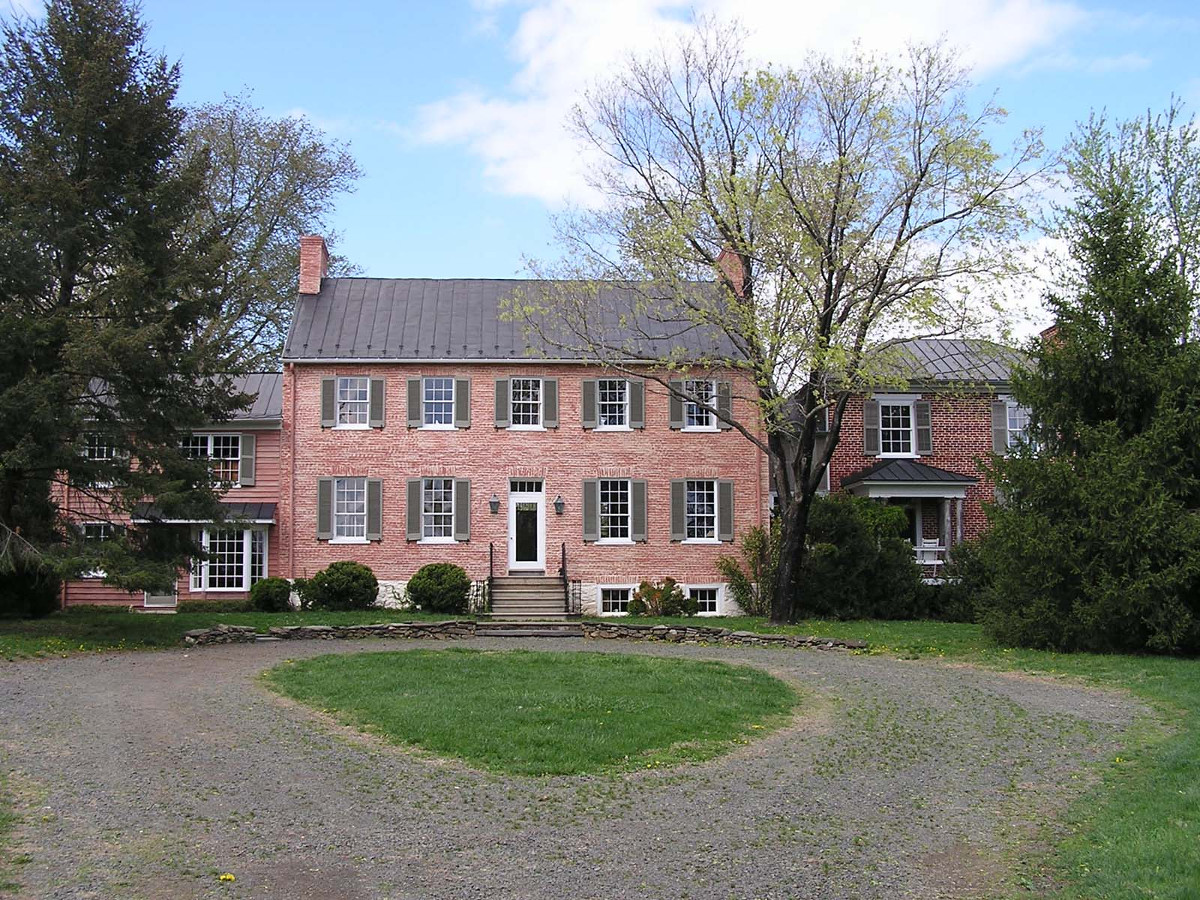 Crednal, in Loudoun County, is an evolved house that incorporates a circa 1785 stone dwelling into a circa 1814 Federal-style brick house that enlarged the original dwelling. Among the prominent early Virginia families associated with the property were the Carters of Sabine Hall in Richmond County, and most notably John Armistead Carter, who purchased the property in 1841 and represented Loudoun in the state legislature for more than three decades. Carter, a strong Unionist, voted against Virginia seceding from the Union during the 1861 Virginia Convention that met on the eve of the Civil War. Today’s 76-acre property features a Carter family cemetery that dates to the mid-19th century and a second cemetery that likely served Crednal’s enslaved population. The main house was enlarged after the Civil War (ca. 1870), and again in 1993 with the addition of a circa-1840 house that was saved from demolition in Greene County and relocated to Crednal.