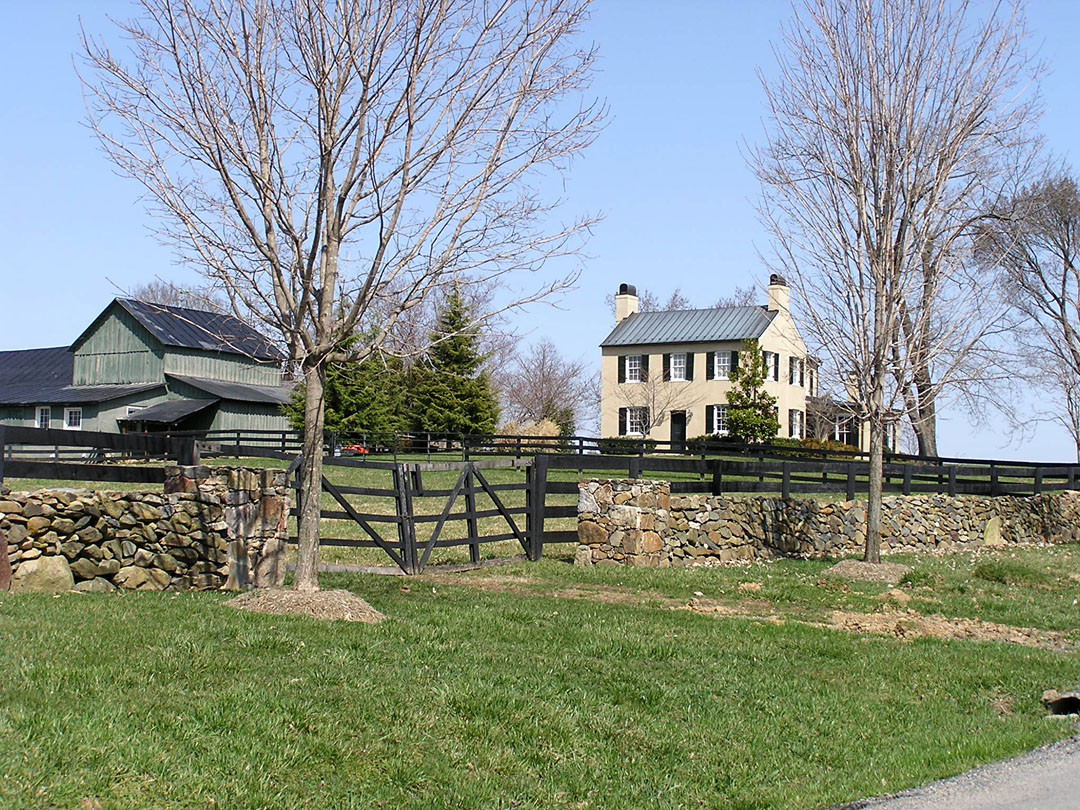 Stretching between the villages of Philomont and Unison in Loudoun County and Upperville in Fauquier County, the Unison Battlefield Historic District is where Union and Confederate cavalry detachments fought between November 1 and 3, 1862. As a result of the battle, Union Gen. George B. McClellan failed to execute a battle plan drawn up by President Abraham Lincoln that sought to pin down Confederate Gen. Robert E. Lee’s forces in the northern Shenandoah Valley. Lincoln’s plan directed McClellan to confine or attack Lee’s infantry in the Shenandoah Valley or block and attack Lee’s army if it marched across McClellan‘s front line from the valley east toward Culpeper County. McClellan failed to carry out the plan after Confederate Gen. J. E. B. Stuart‘s cavalry successfully delayed Union Brig. Gen. Alfred Pleasonton‘s cavalry, which was leading McClellan‘s Army of the Potomac, during the Battle of Unison. On November 5, two days after the battle, an exasperated President Lincoln, who had failed in repeated attempts to motivate McClellan to more aggressively pursue Confederate forces, finally relieved McClellan of command and replaced him with Maj. Gen. Ambrose E. Burnside. The Unison Battlefield Historic District, encompassing 8,000 acres, is one of the best preserved Civil War battlefields in the nation and features historic farmsteads, roads, fences, and buildings.