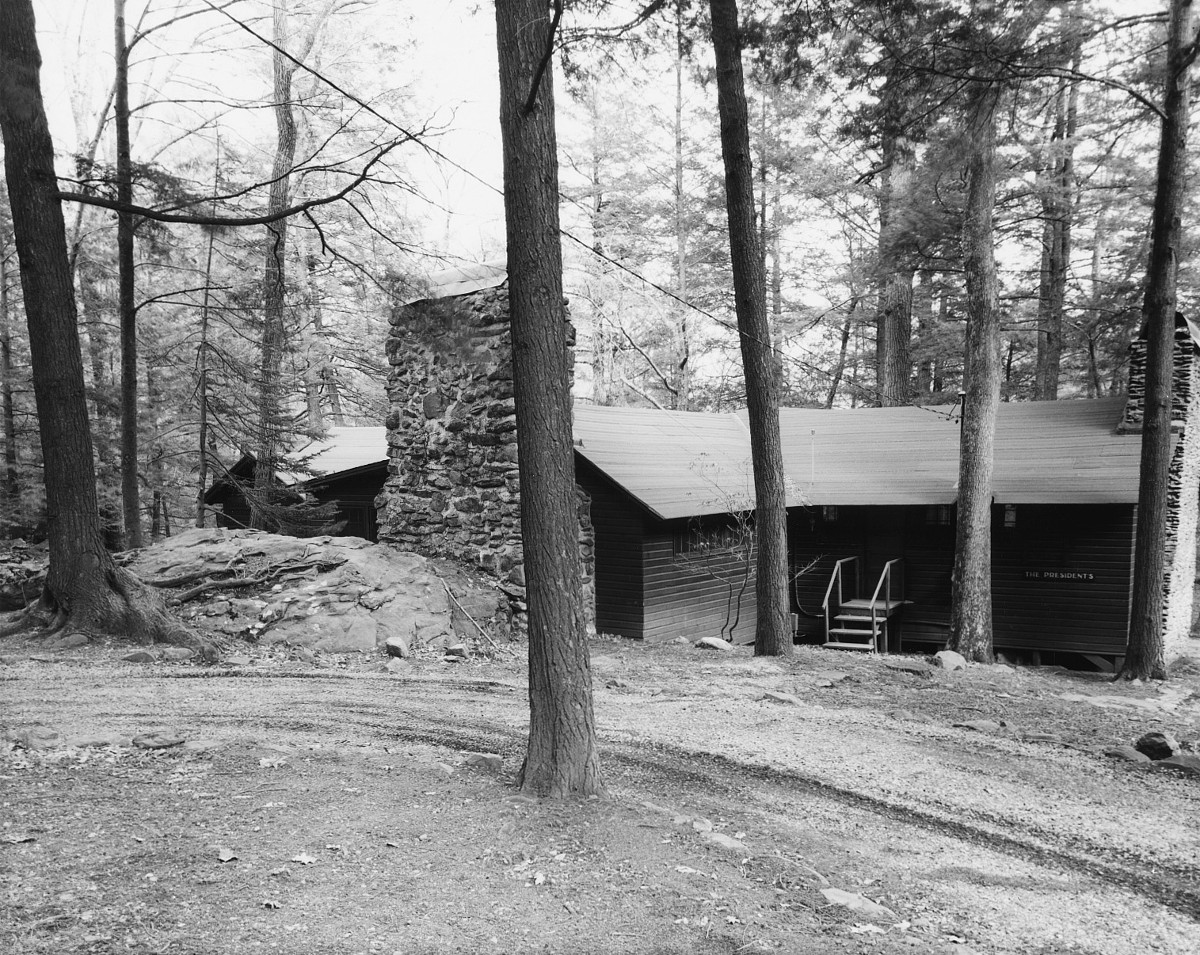 A little-known presidential retreat, Camp Hoover is at the Rapidan River headwaters, high in the Blue Ridge Mountains. The rustic complex was developed between 1929 and 1932 as a “summer White House” by President Herbert Hoover and First Lady Lou Henry Hoover, on a 164-acre parcel owned by them. Here the president sought recreation and spiritual renewal. He also used the camp for working vacations, stating: “I have discovered that even the work of government can be improved by leisurely discussions of its problems out under the trees where no bells or callers jar one’s thoughts.” Among Hoover’s guests here were Ramsay MacDonald, Charles Lindbergh, and Thomas Edison. The Hoovers deeded the camp to the Commonwealth in 1932; it was later transferred to the National Park Service and is part of Shenandoah National Park. The camp underwent a restoration in the early 2000s.