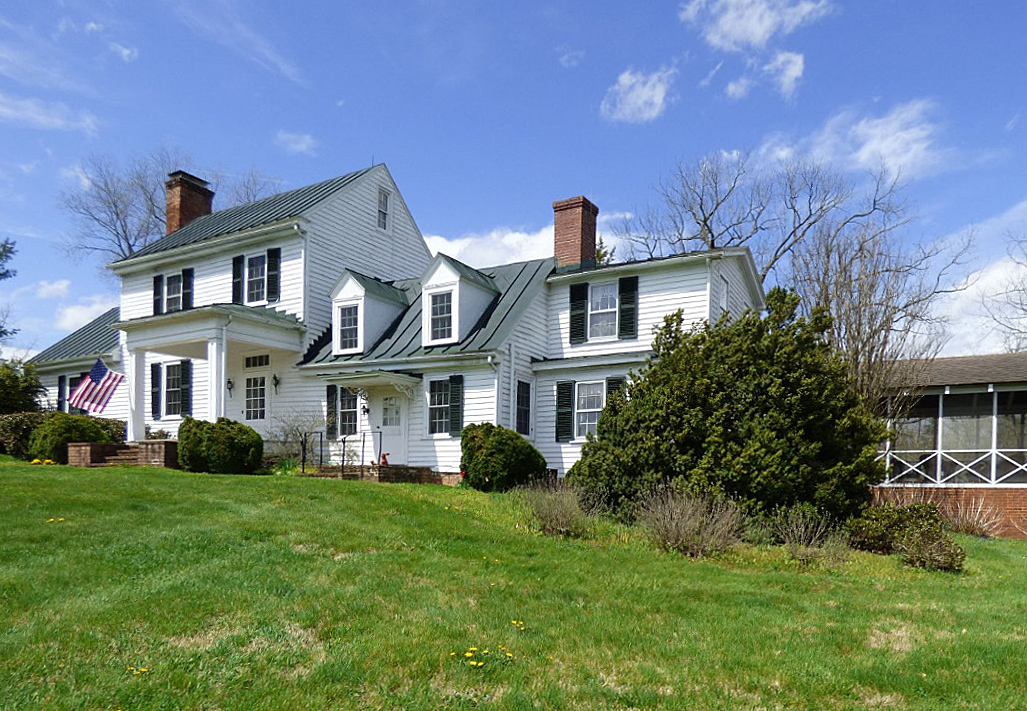 Situated just east of the Blue Ridge Mountains in Madison County, the estate of Belle Plaine evolved during 250 years as it adapted to the area’s changing agricultural practices. It began in the 1760s as a farmstead anchored by a one-room log cabin. Its next phase began in 1811 when Nathaniel J. Welch acquired the property and over the next 50 years made it into a large-scale agricultural enterprise dependent on enslaved laborers. After the Civil War, the property entered a new phase as area farmers gradually adapted to the realities of agricultural production without enslaved people. By the 1920s, as a result of new technologies and agricultural advances, Belle Plaine had emerged as a substantial modern farming operation. Today’s property features a late-18th- or early-19th-century Federal-style main house with vernacular elements and incorporates one of only a few known examples of log-frame residential construction in the county. The property also contains assorted 19th-century and modern agricultural outbuildings.