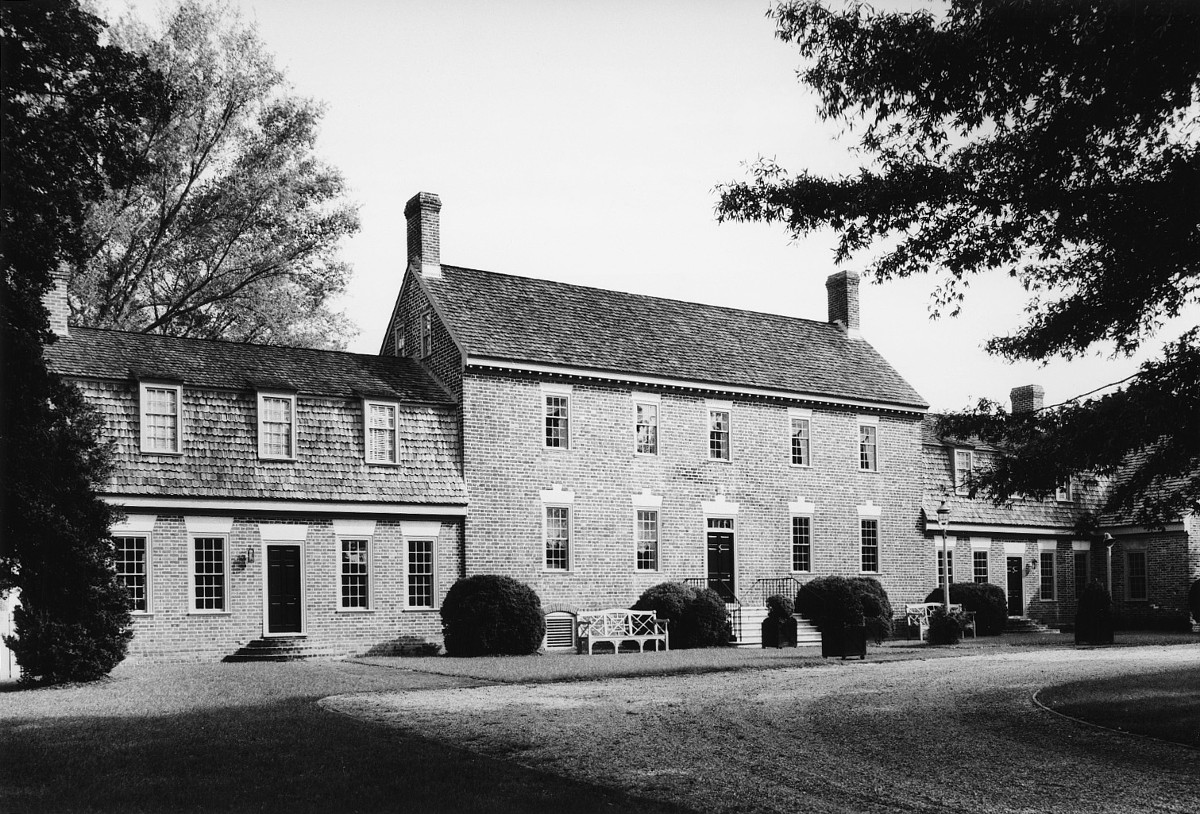 Named for the German landgraviate, Hesse was the seat of the Armisteads, a colonial family whose members, by virtue of marriage, were progenitors or relatives of nearly every leading landed family in Virginia. Archaeological investigation has revealed the foundations of the original colonial house which burned in 1798. It was replaced soon afterwards by the present brick structure erected a few feet away. The situation of both houses was likely chosen because of the impressive view of Godfrey Bay at the mouth of the Piankatank River. The present house, with its formal, five-bay facades and paneled woodwork, illustrates the persistence of traditional Georgian forms in Virginia’s eastern counties during the Federal period. The house was meticulously restored in the late 1970s at which time the gambrel-roofed wings were added.