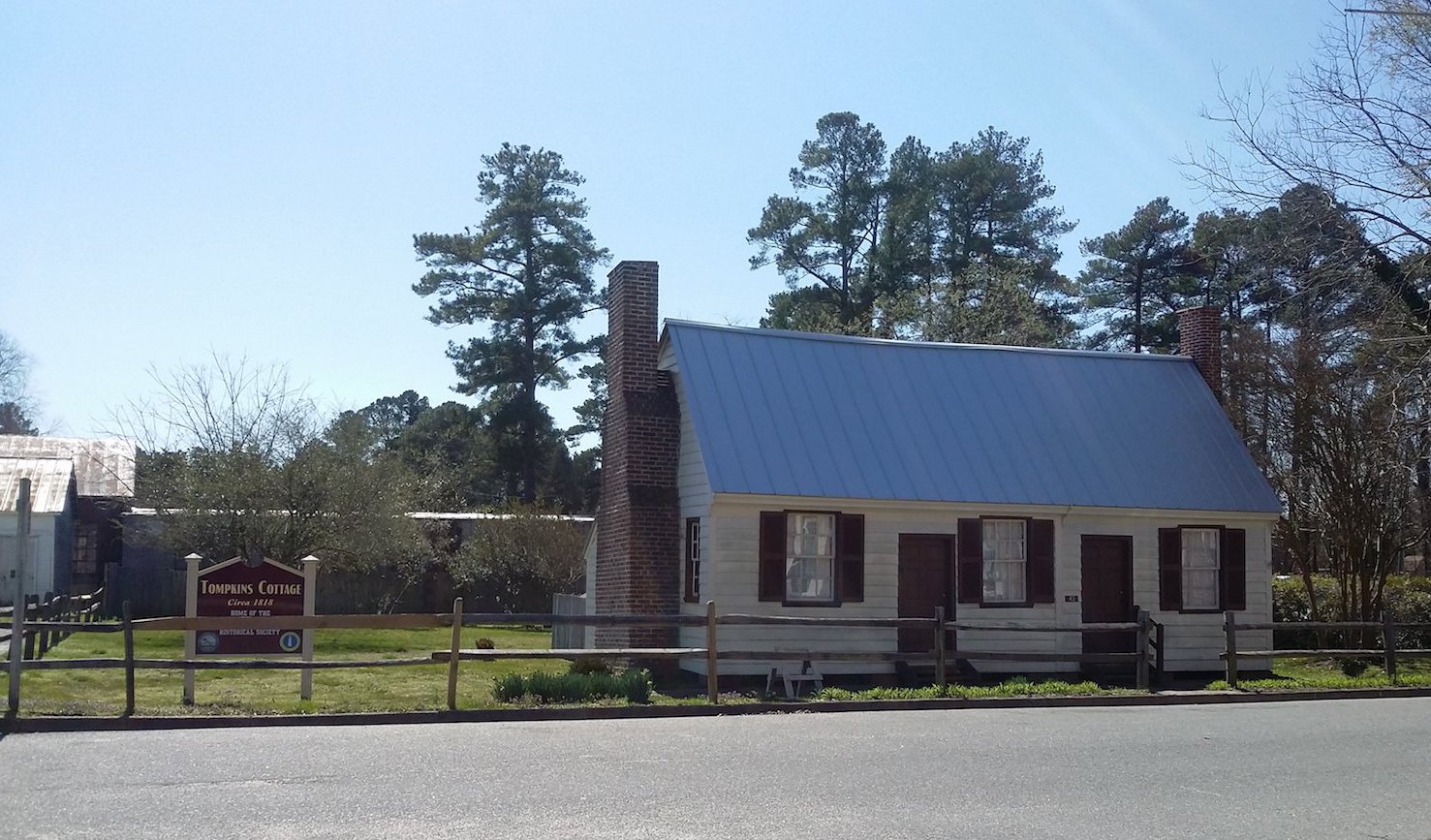 The Mathews Downtown Historic District captures an area generally known as the Mathews Court House village in Mathews County and which had been occupied by Virginia Indians since the Early Woodland period. Substantive Euro-American development of the district began around 1775, and accelerated once the village (then known as Westville) became the county seat, after the formation of Mathews County in 1791. Over the next two centuries, the historic district developed slowly from an agrarian village and economy to a small town. Local residents and businessmen invested heavily in the town throughout the antebellum period, leading to a growing population, diverse workforce, and materially improved structures including a brick courthouse built circa 1830. After the Civil War the town and county experienced a slow recovery but by the early 20th century the downtown offered a variety of retail, professional, and recreational services. The overall population of the county has grown slowly through the second half of the 20th century and, as a result, the downtown has maintained its historic character and not seen the significant declines and disruptive redevelopments of many downtown areas across Virginia. The Mathews Downtown Historic District retains strong visual integrity in architectural style and landscape in general, dating from its earliest period of concentrated development around 1775 through 1967.