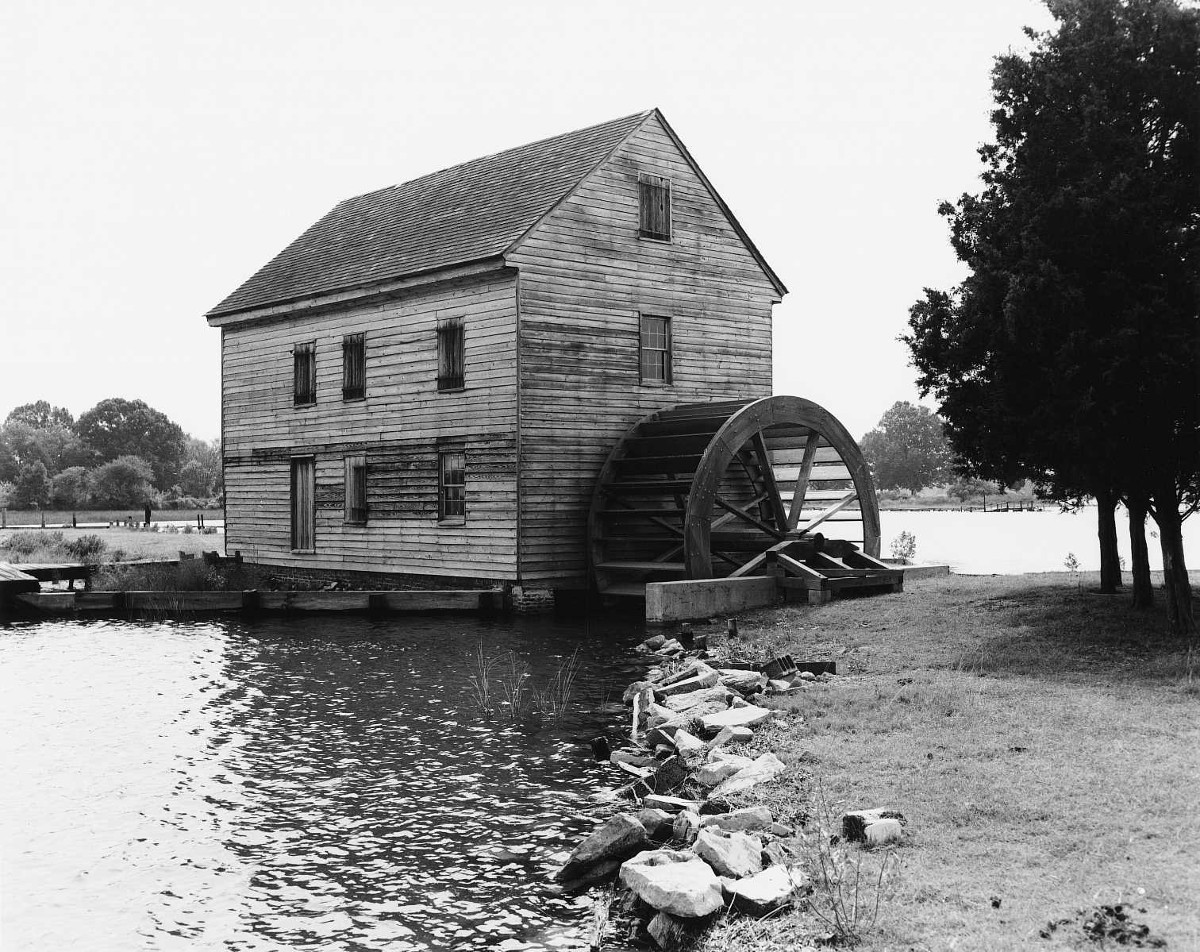 Poplar Grove Mill is the only surviving tide mill in Virginia. Tidal power, along with wind power, was harnessed by necessity in the low-lying coastal regions where ordinary waterpower did not exist. The present mill replaced a colonial mill, burned during the Civil War. The mill operated until 1912 and has since been restored. Across the mill’s lagoon is the multi-sectioned Poplar Grove house, the earliest portion of which was probably built in the late 18th century, possibly for the Williams family. The central portion was constructed in the Federal period probably after 1799 when the property was acquired by John Patterson. It has the distinctive details of the local builder Richard Billups. Patterson’s granddaughter, the nurse Capt. Sally Tompkins, the only woman to be commissioned an officer in the Confederate army, was born at Poplar Grove in 1833.