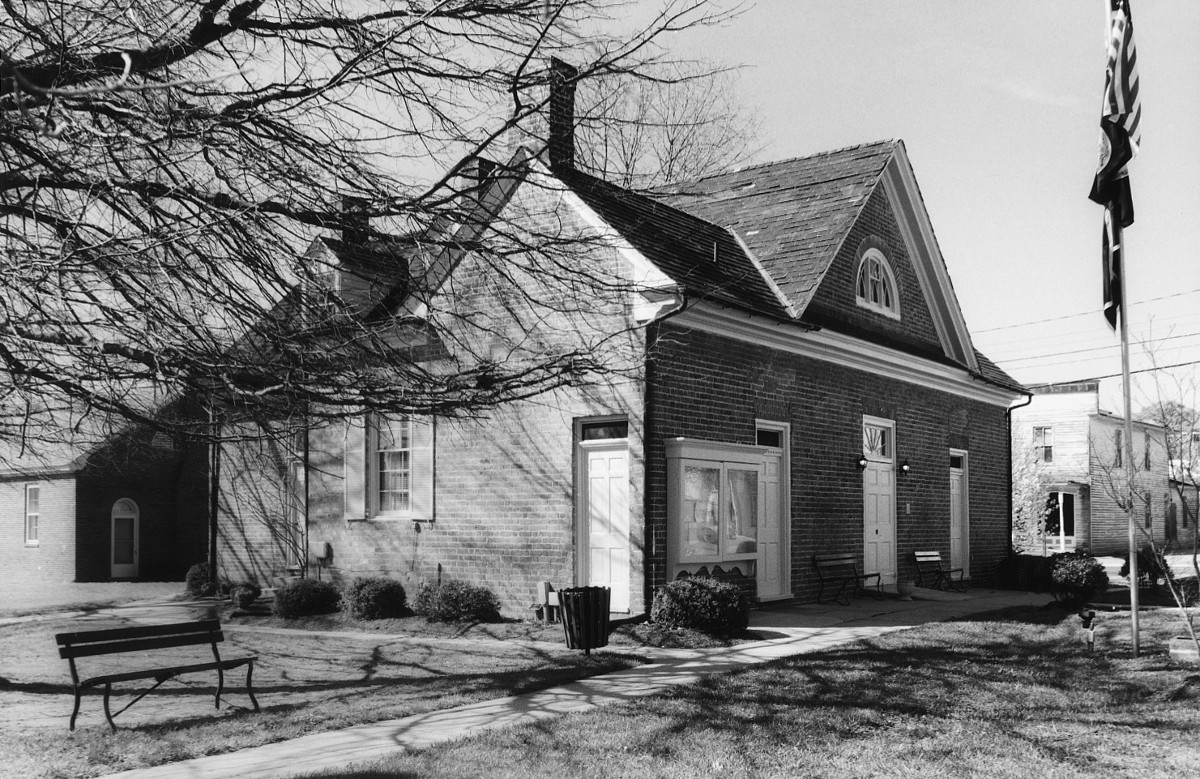 Mathews County’s collection of small-scale but decorous brick government buildings forms a well integrated complex built in the decades following 1790 when the county was formed from Gloucester County. The nucleus of the group, the T-shaped brick courthouse, was erected ca. 1830 to replace what was probably a frame courthouse. Its pediment employs a three-part lunette with intersecting tracery, a feature found in Mathews County buildings attributed to local builder Richard Billups. Included on the grassy square are the old sheriff’s office, built about the same time as the courthouse, and the 1827 clerk’s office. The tiny jail, now a furnace building, was constructed in the mid-19th century. Also on the square are the 1930s former public library and a 1950s colonial-style county office building. A monument to the county’s Confederate dead stands next to the courthouse.  The courthouse square forms the nucleus of the Mathews Downtown Historic District.

The Mathews County Courthouse Square nomination was updated in 2008 to include information derived from archaeological investigations on the courthouse green.
[VLR Accepted, 2/28/2008; NRHP Accepted: 4/17/2008]