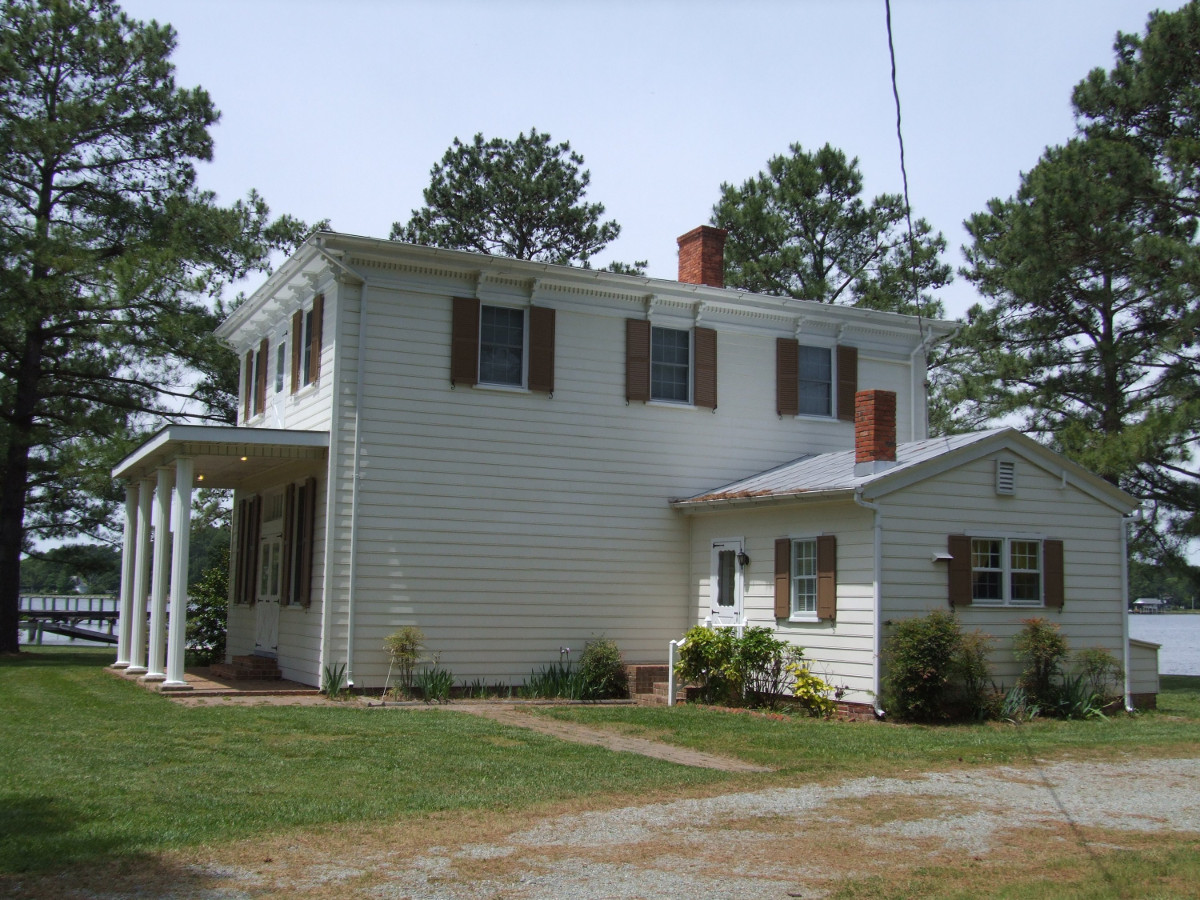 Built 1869-70, the B. Williams & Company Store preserves the link between Mathews County’s rich maritime traditions and the rapidly changing modern landscape. The Williams and Murray families owned, occupied, and operated Williams Wharf from the late 18th through to the early 20th century at the center of the county’s commercial and maritime enterprises. The store is also an important survival of an early woman-owned and operated enterprise. Both Bettie Williams, who ran the millinery shop, and Mary L. Williams, who operated the store for a time during the early 20th century, left their marks as notable pioneers in the business community. Bettie Williams’s hats were highly regarded and attracted female customers from throughout the region. The store’s construction soon after the Civil War represented a significant investment in Mathews County infrastructure; moreover, as a woman-owned business, it helped redefine the roles and importance of women in the rebuilding of the local economy after the tumultuous decade of the 1860s. A post office was operated within the store from 1879 through its demise, serving an important function in the social and economic life of area residents.