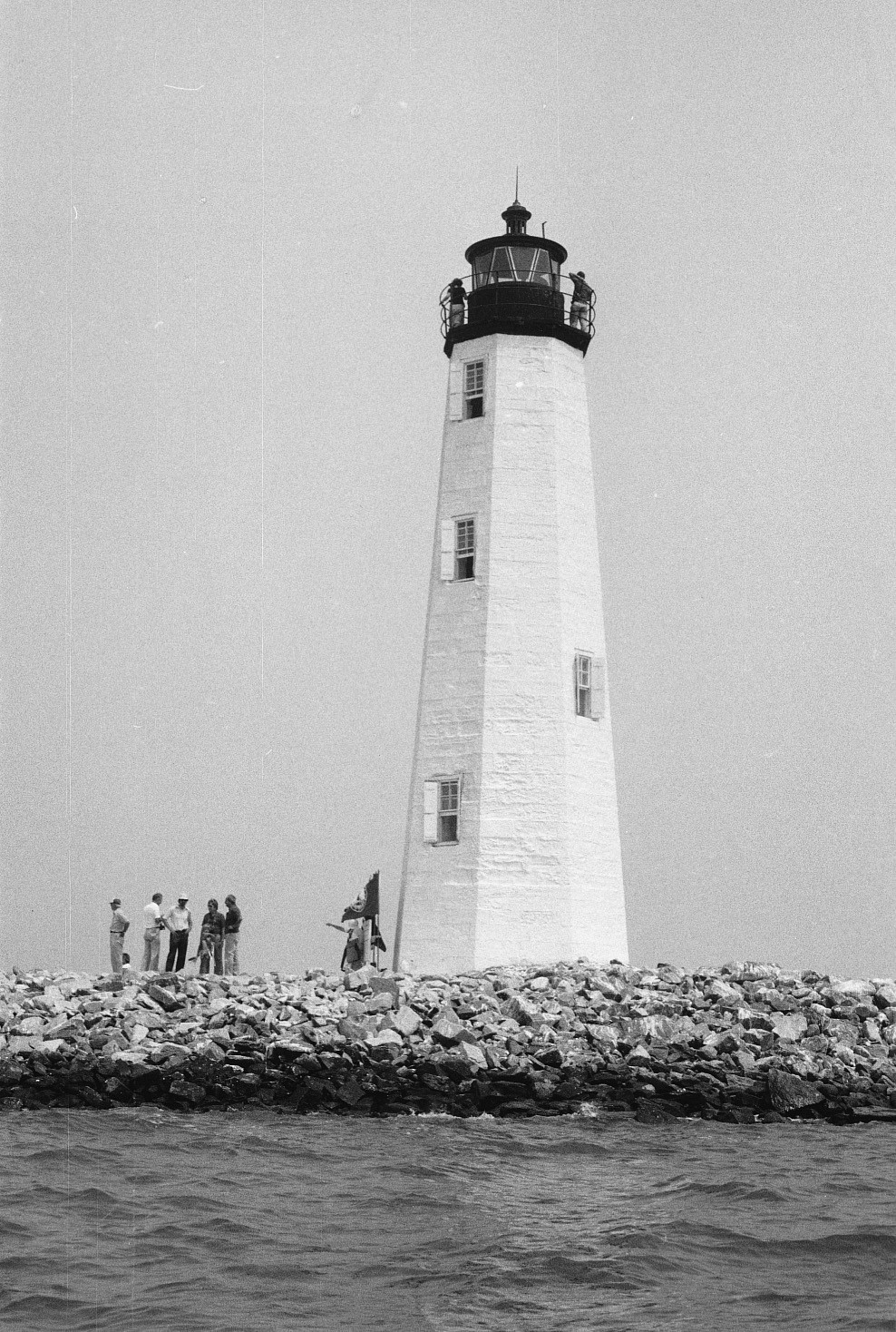 The New Point Comfort peninsula has served as a point of reference for navigators since the 17th century and has been known by its present name since before 1690. Because of the threat to navigation caused by the point and its shoals, Congress appropriated funds in 1801 for the construction of a permanent lighthouse. Built by Mathews County resident Elzy Burroughs, the lighthouse was completed in 1805. Similar to the Old Point Comfort lighthouse at Fort Monroe, the gently tapering structure of whitewashed sandstone ashlar was in use until 1963 when a new light was constructed on piers to the south. The original lighthouse has been transferred by the Coast Guard to Mathews County to be preserved as a historic landmark and as a day reference for passing boats. Changes in currents have separated the lighthouse from the mainland, leaving it on a tiny island.