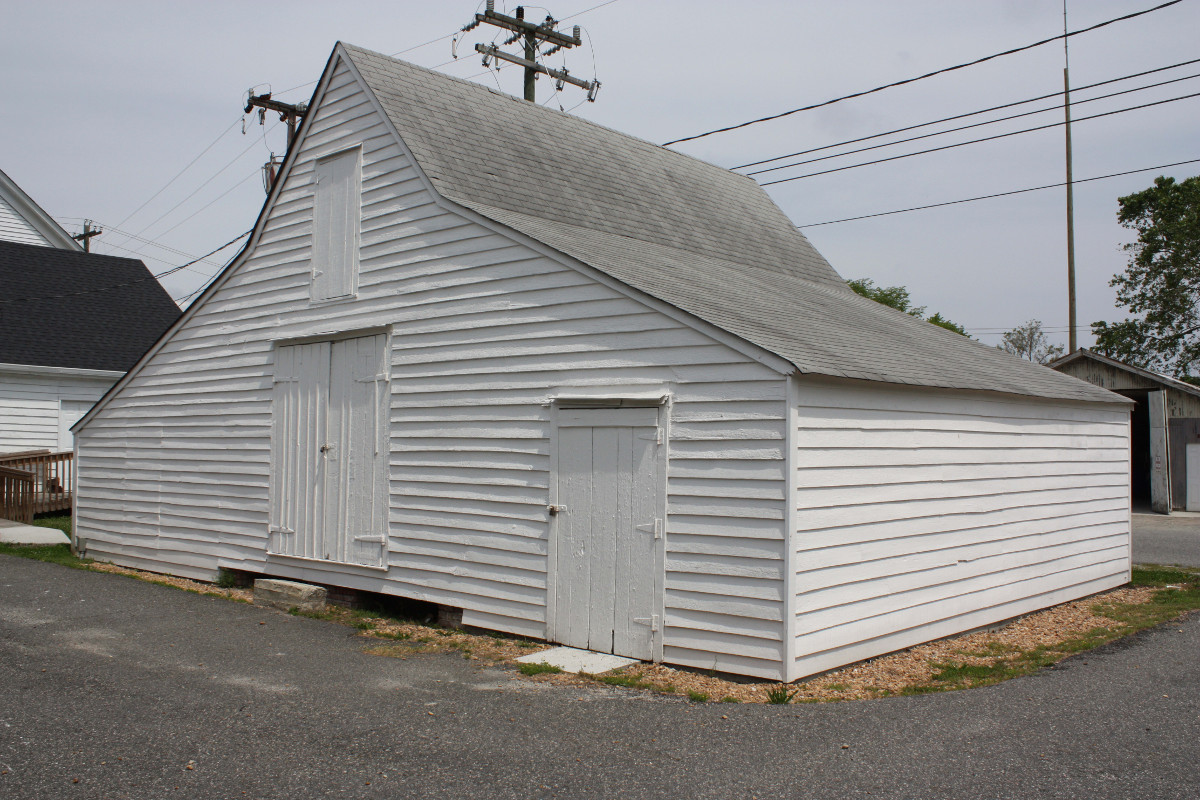 The Old Thomas James Store is an excellent example of an early-19th-century commercial building now long absent from the rural Virginia landscape. Researchers have identified this 1810 building in the Mathews Downtown Historic District as being one of a few surviving antebellum commercial buildings in the South today, and a rare example of a basic commercial establishment. Thomas James appears to have been a prominent citizen in Mathews County, serving as both justice of the peace and postmaster at various times. He held retail licenses from 1815 until at least 1820, when he operated what would have been an important part of community life, not only economically but socially as well. Early rural stores such as the James Store provided a place for the exchange of crops for goods and a place for socializing with rarely seen neighbors. By the end of the 18th century, such stores probably represented the most common non-domestic building in the landscape. The store was moved from its original location on Thomas James’s property sometime in the 19th century and then moved again in 1899 to become a secondary building to the Sibley’s Store.