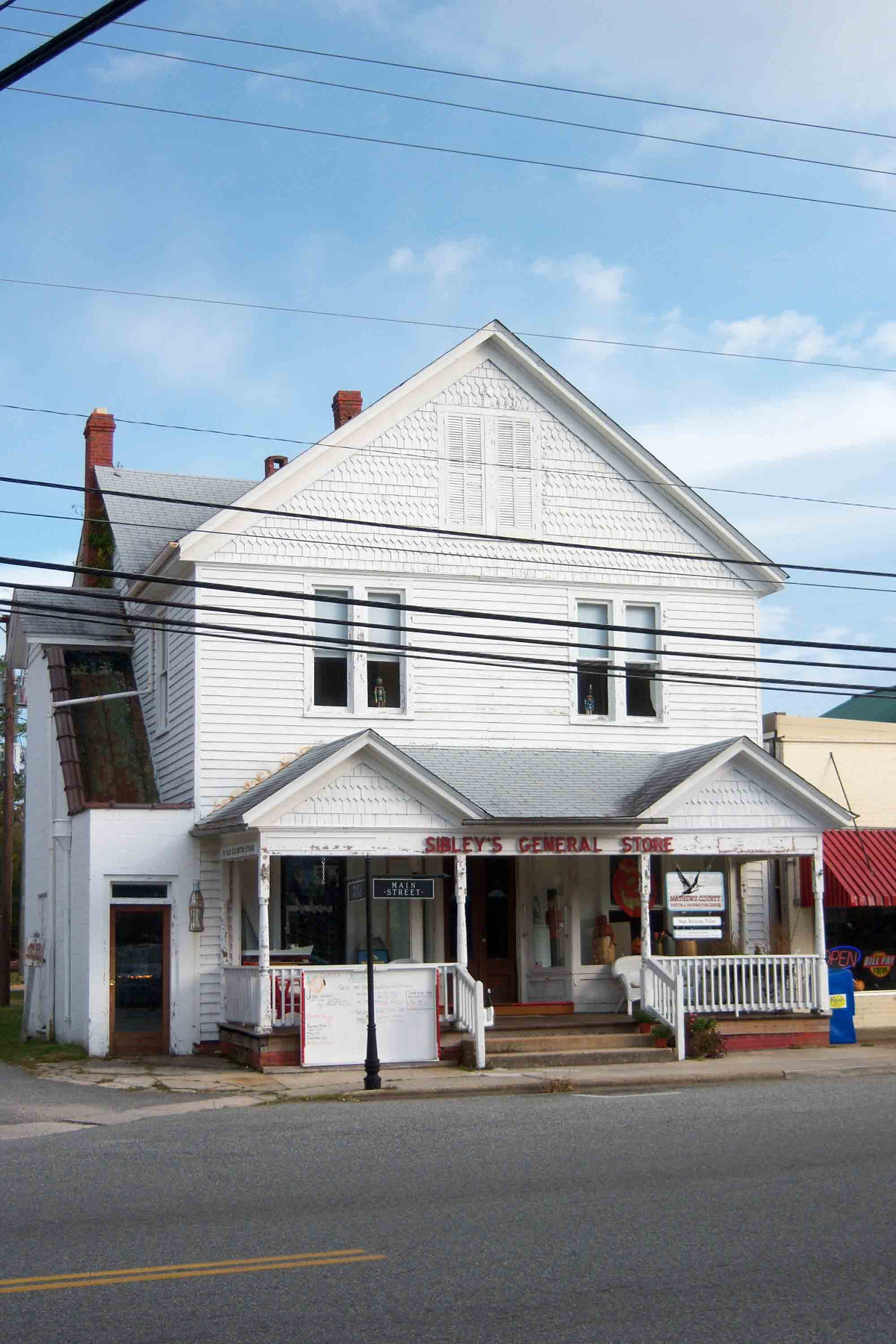 The Sibley’s and James Store Historic District, in the Mathews Downtown Historic District, features three store buildings—two of which were connected at some point—that have played a role in the development of the county between circa 1810 and 1959. Old Thomas James Store, circa 1810 and later repositioned on the property during the 19th century, is an excellent and rare example of an early 1800s rural commercial building. Sibley’s General Store, established 1899, is the only example from its era of a vernacular Victorian commercial building in downtown Mathews. The other store, which dates to around 1840, is now attached to the rear of the Sibley’s building. The property on which the stores sit has hosted a general store operation for at least 190 years, ending in 2003.