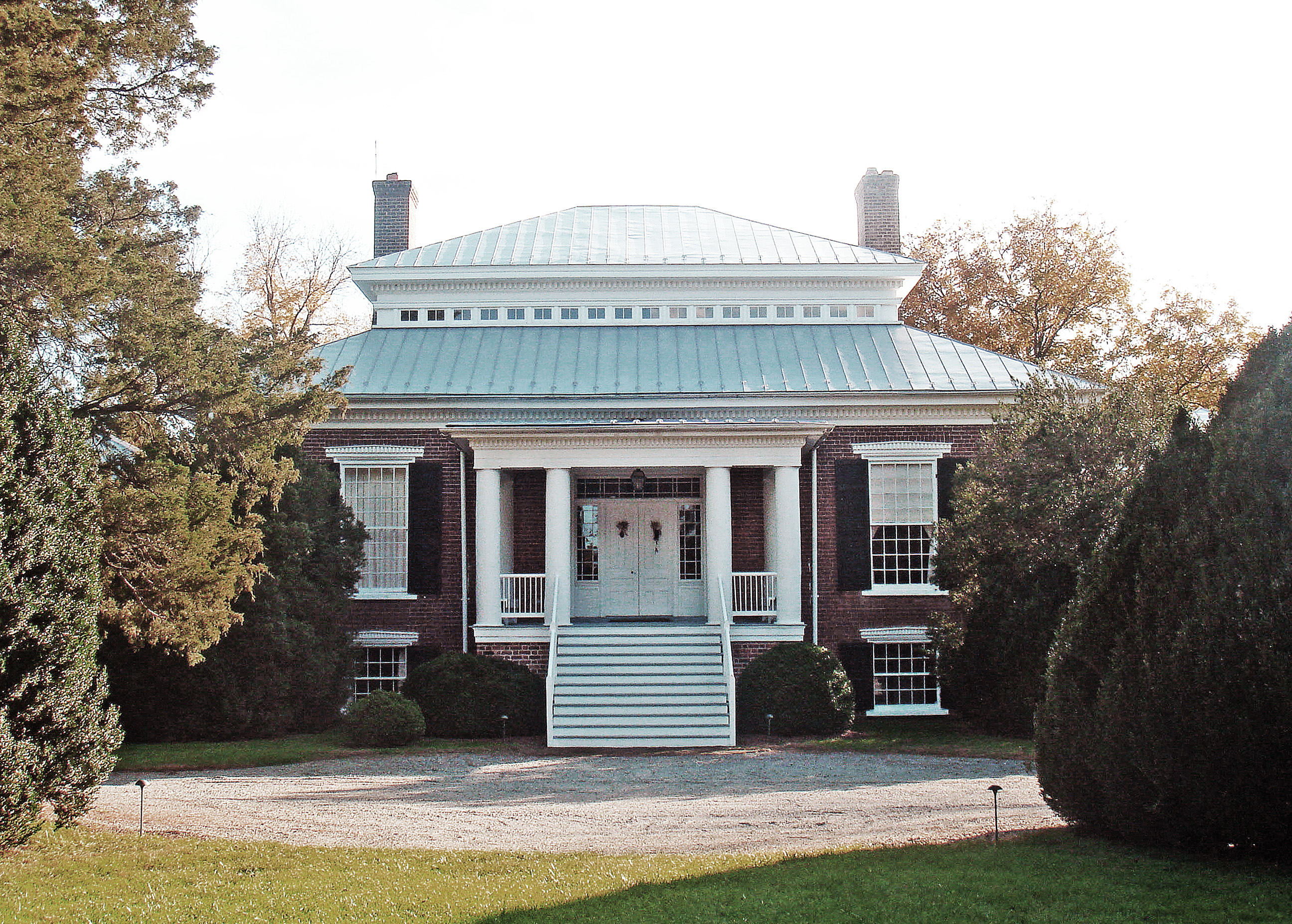 Cedar Grove is a Greek Revival-style house built circa 1838. Its design is unusual for a Virginia plantation house, consisting of a hip-roofed main block on a raised basement with a large, hip-roofed clerestory. Its fine brick masonry may have been overseen by Dabney Cosby, a workman for Thomas Jefferson during the construction of the University of Virginia. Unusual interior treatments in the house include woodwork with traits associated with Thomas Day, an African American craftsman in nearby Milton, NC. Cedar Grove’s other existing buildings include tobacco barns, slave quarters, and tenant houses that recall its former days as an antebellum Mecklenburg County tobacco plantation.