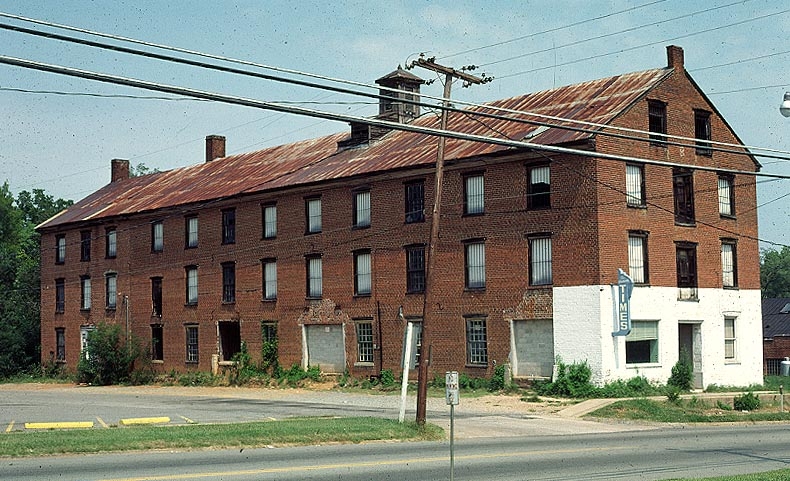 An impressive relic of the antebellum tobacco industry, the three-and-one-half-story Moss Tobacco Factory was erected in two stages during the 1830s. It housed a manufacturing operation until 1862. After the Civil War, bankruptcy necessitated the sale of the property. The factory continued as a tobacco warehouse until the Virginia Southside market became concentrated in Danville. The  vacant building was conspicuously sited on Main Street (now Virginia Avenue) in Clarksville in Mecklenburg County. Its future uncertain at the time of its listing in the registers, the building was demolished at the direction of the property owner in 1980.