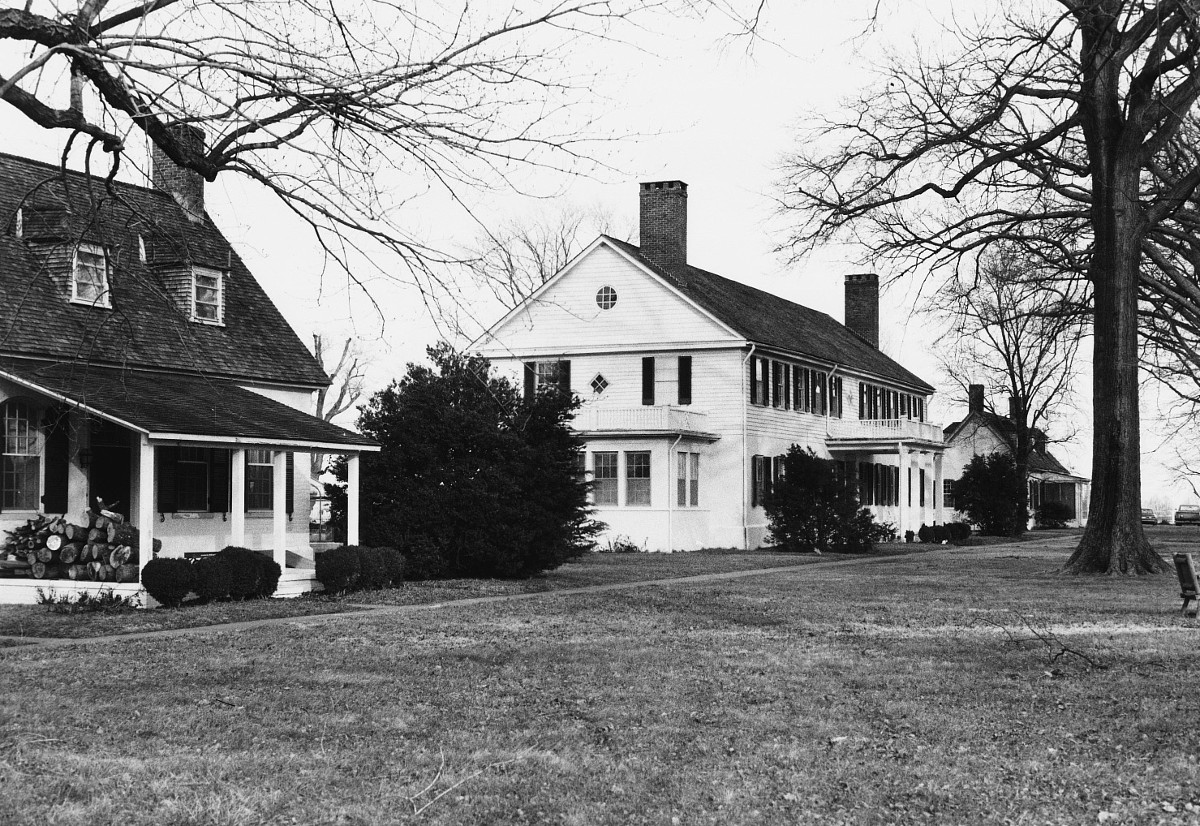 One of Virginia’s most historic estates, Rosegill was established in 1649 by Ralph Wormeley I. Sir Henry Chicheley, deputy governor of the colony, married Wormeley’s widow and made his home at Rosegill. Ralph Wormeley II (1650-1700), holder of several public positions including that of president of the Council, made the plantation an elaborate family seat consisting of some twenty buildings. Lord Howard of Effingham, a colonial governor in the late 17th century, used Rosegill as a summer home. The present complex, consisting of four brick buildings, most likely was erected during the tenure of Ralph Wormeley IV (1715-1790). The main house evolved from a small brick dwelling into a large U-shaped structure covered by a gambrel roof. In the 1850s the extending wings were removed and the second story added. The likely concentration of many 17th-century building sites make the plantation of paramount archaeological significance.