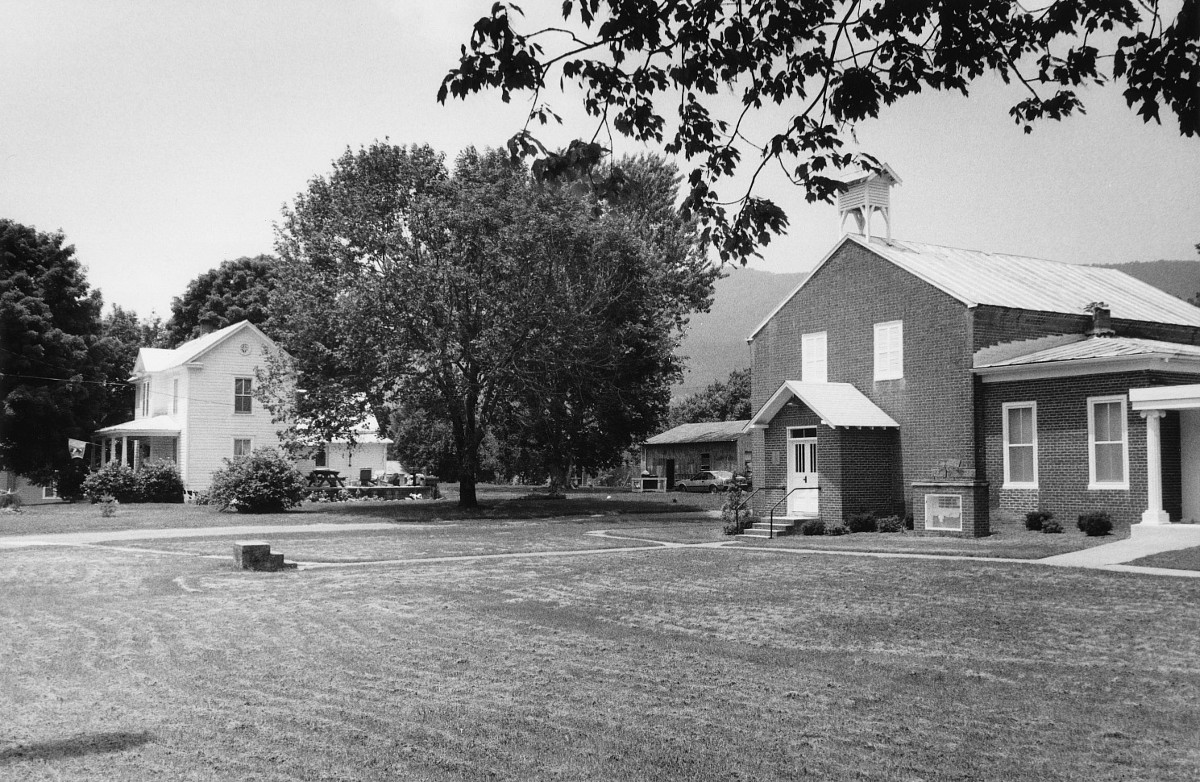 This level area at the confluence of the north and south forks of the Roanoke River in Montgomery County has been occupied since the mid-18th century. A Presbyterian meetinghouse was here before 1769 but did not prosper. The spot attracted attention in the 1820s because of its potential for becoming a commercial hub serviced by riverine traffic. The town was officially established in 1828 and laid out on six blocks. By 1835 it was a busy place, having forty-three houses, a large mill, a tavern, shops, a shoe factory, and a tanyard. The extant Methodist church, a simple brick meetinghouse, was erected in 1848 on the public square. Growth halted in 1846 when Lafayette was bypassed by the Southwestern Turnpike. Today, the tiny village has about a half-dozen antebellum structures amid a scattering of later ones. Though a dormant settlement, off the beaten path, the village maintains its historic character.

The Lafayette Historic District was listed in the registers under the Prehistoric and Historic Resources of Montgomery County MPD.