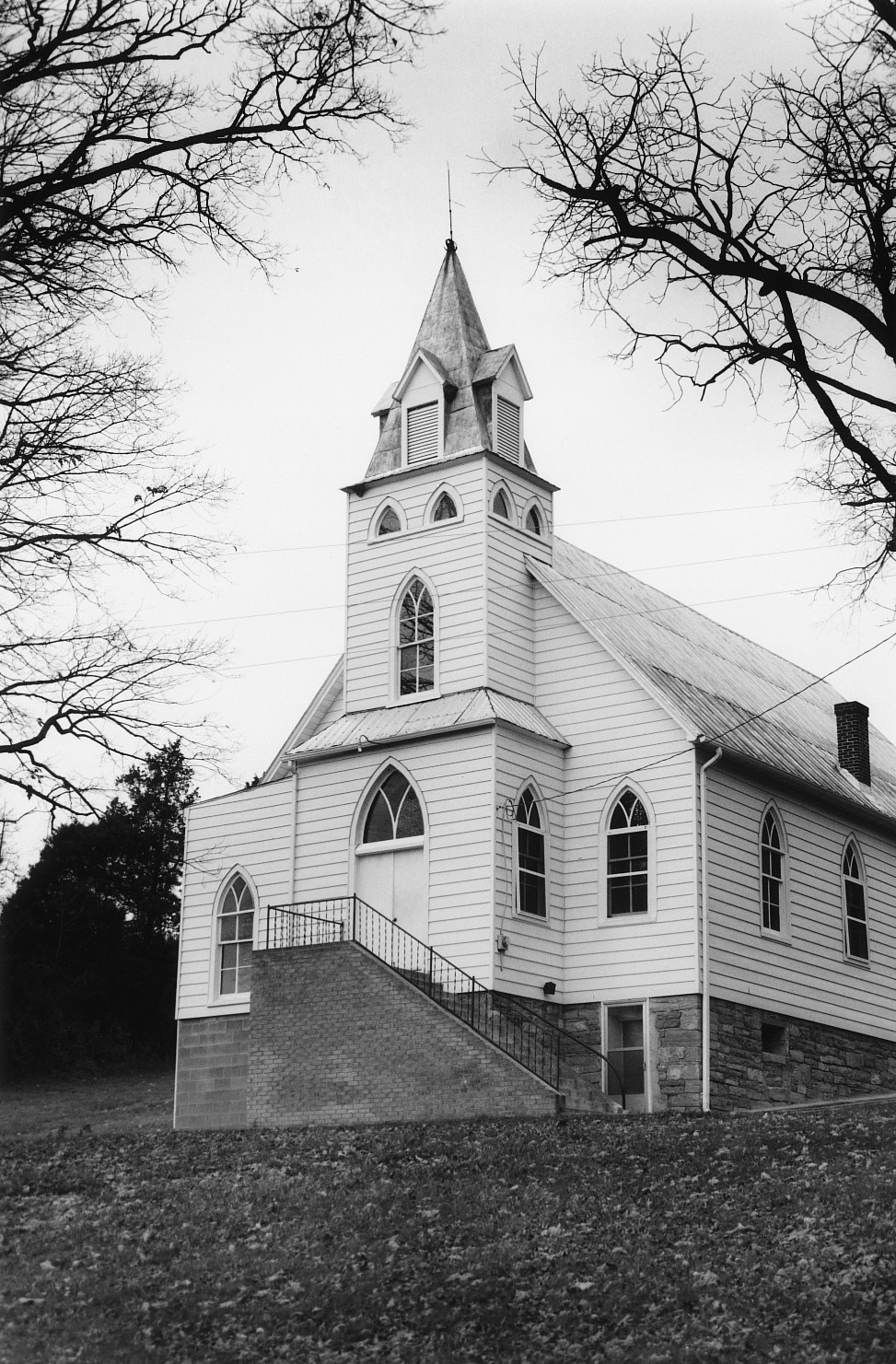 A landmark of Montgomery County’s black religious community, the Big Spring Baptist Church was organized with the support of Capt. Charles Schaeffer, founder of the Christiansburg Industrial Institute, a training school for former slaves. Schaeffer, an agent of the Freedmen’s Bureau, was a northern Quaker educator who came to the area following the Civil War to equip blacks to deal with freedom. While engaged in his educational activities Schaeffer also found time to organize several black Baptist congregations including Elliston’s Big Spring Baptist Church. Completed in 1880, the church, later renamed the First Baptist Church, was built by Joseph Pepper. With its front tower and Gothic windows, the building is a more ambitious structure than the usual country church, symbolizing the rapid transition of the area’s African Americans from chattel property to free citizens. The church continues to serve its congregation.