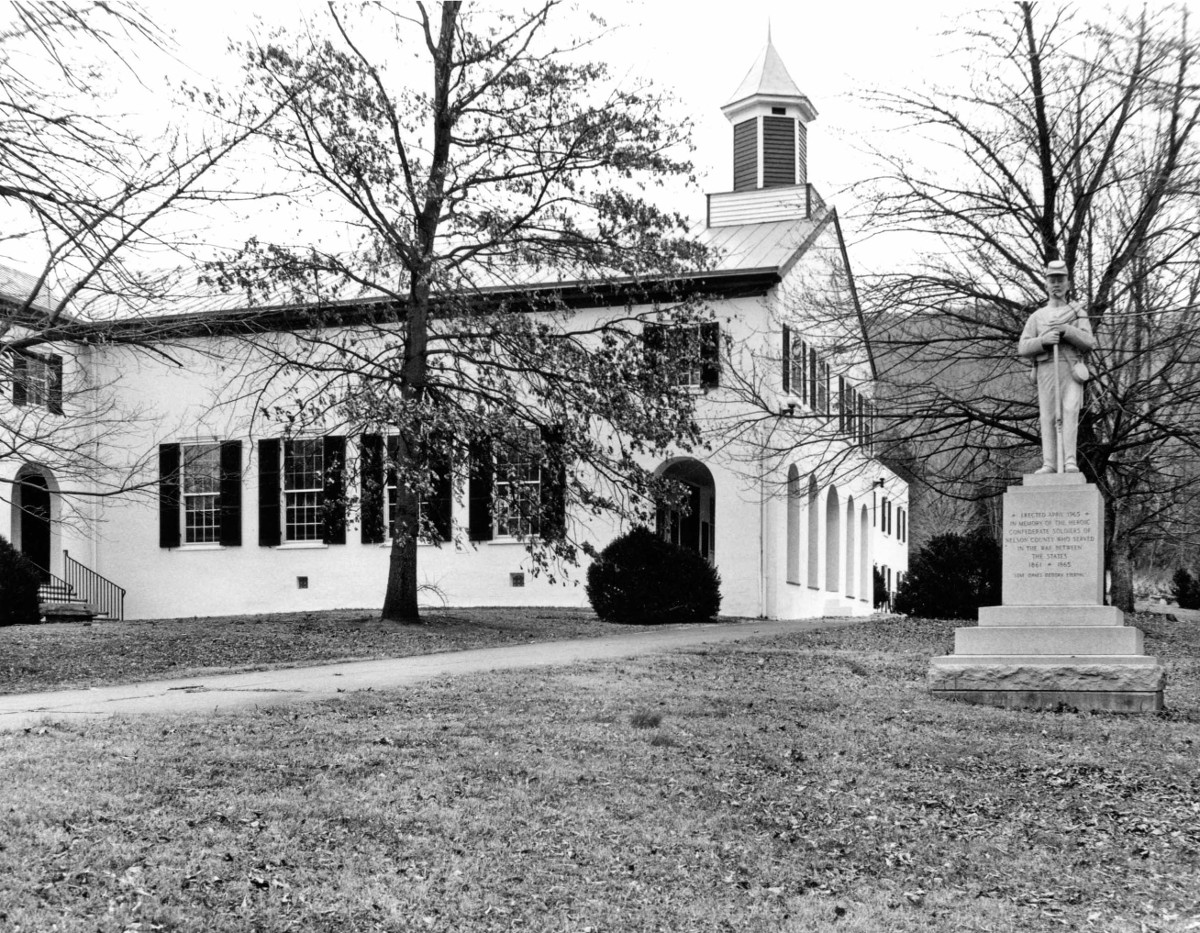 The tradition of applying arcades to public buildings can be traced to the arcaded ground floors of English Renaissance town halls. This tradition was maintained with the arcades of the first Williamsburg Capitol and several colonial courthouses. Nelson County’s court structure of 1809 illustrates the persistence of this motif, in this case grafted onto a regionally interpreted temple-form building, a form widely used for Virginia courthouses in the first half of the 19th century, of which the Fairfax County courthouse is the prototype. The Nelson County courthouse was built by George Varnum according to plans submitted by Sheldon Crostwait, one of the justices, and is the only courthouse to have five arches rather than the standard four. It has been in continuous use since completion, and though enlarged and modified over the years, it is one of Virginia’s best-preserved historic court structures.