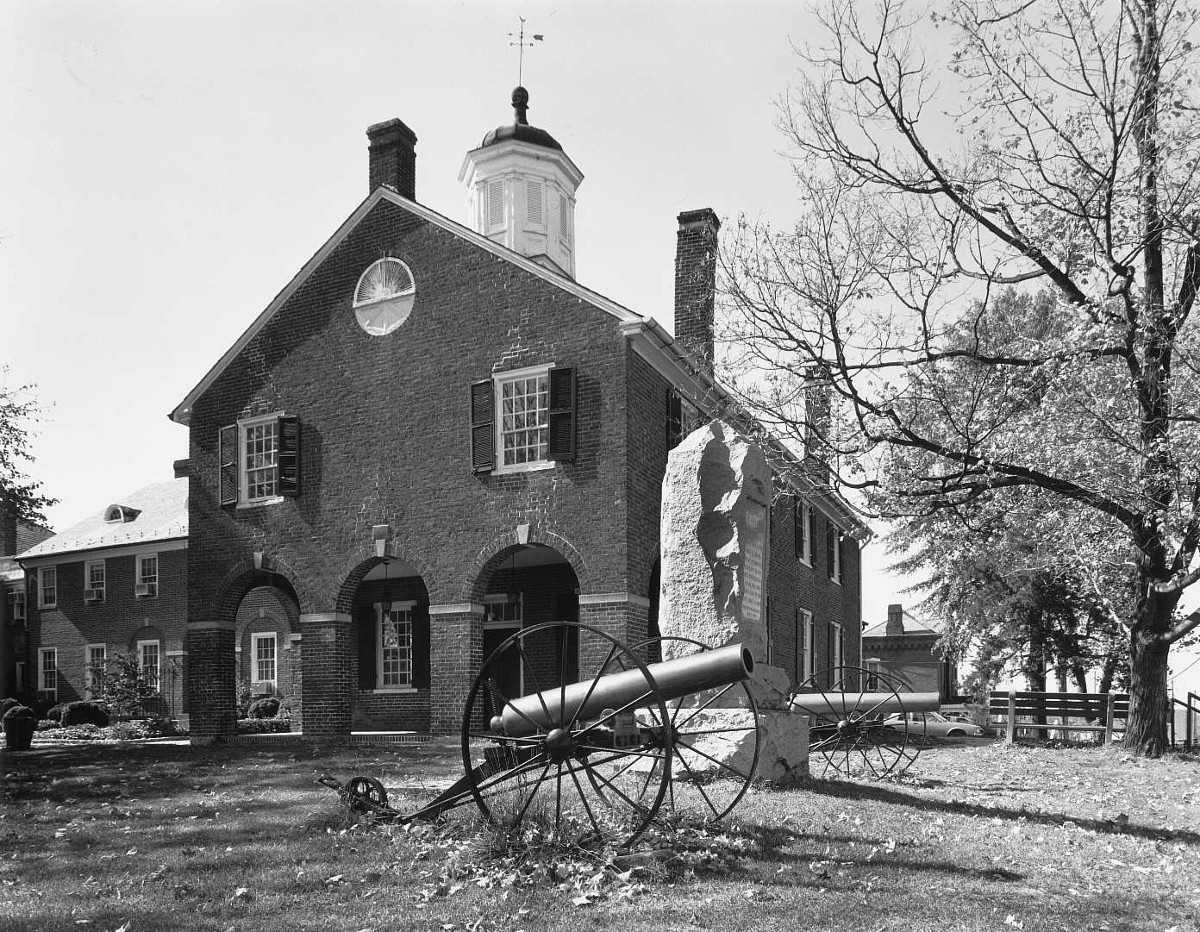 The Fairfax county seat was moved to the village of Providence, now the city of Fairfax, in 1799. The new courthouse was designed by James Wren, who also designed Falls Church and Christ Church, Alexandria. Wren’s courthouse combines an arcade, a feature of colonial courthouses, with the temple form, a building shape favored for many Classical Revival buildings. This combination continued to be employed for Virginia courthouses into the antebellum period. During the Civil War the courthouse was used as a military outpost by both Union and Confederate soldiers. At various times it was visited by Confederate generals P. G. T. Beauregard and J. J. Johnston, as well as by President Jefferson Davis. The building, a reminder of this suburbanized county’s link with the past, continues to house court function.