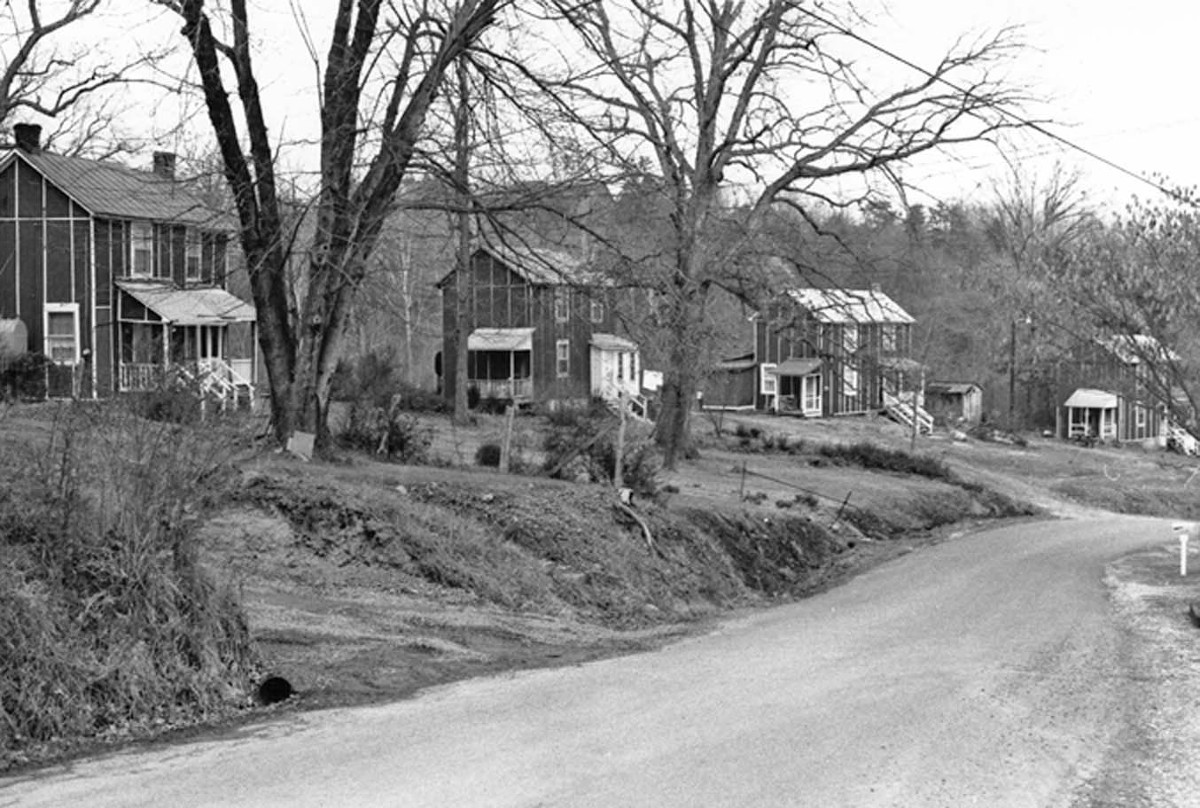 Located on one of the world’s largest soapstone veins, Schuyler initially was settled as a small, rural sawmilling community in the 1840s but developed steadily in response to the increasing boom in the quarrying and milling of soapstone that emerged in Nelson County during the 1890s. Schuyler evolved as a typical company town, and is recognized today for its early-to-mid-20th-century central mill complex and large quarries, from which small, mostly company-owned and built neighborhoods radiate. In addition to its soapstone industry-related architecture, the village includes important mid-19th-century dwellings that recall the period prior to the founding of the soapstone quarry. The Rockfish River and the James River and Kanawha Canal were also contributing factors to the village’s development. The Hamner House, culturally significant as the boyhood home of Earl Hamner, Jr., popular novelist and creator of the 1970s television series “The Waltons,” is located in the district.