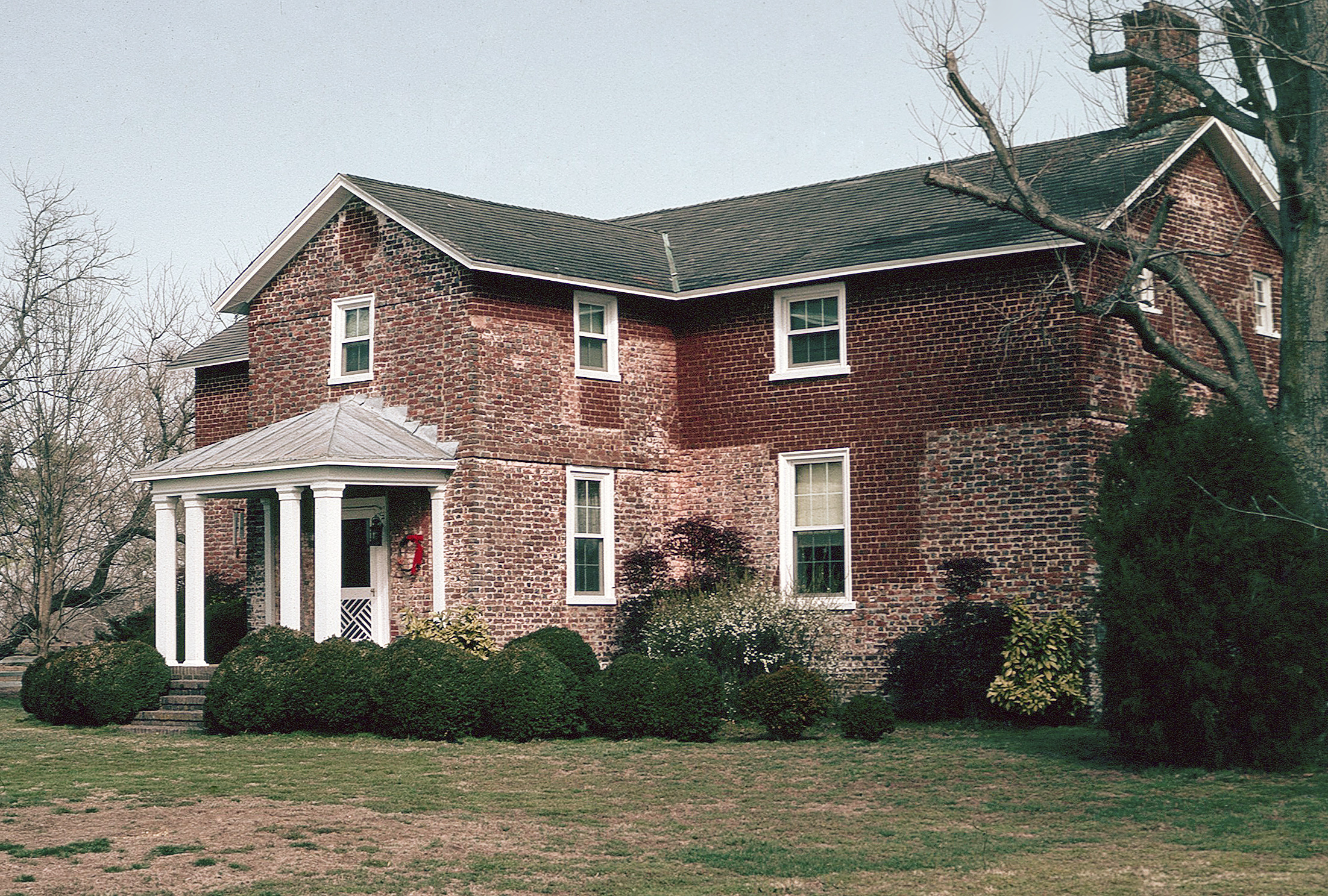 Joseph Foster, a native of Newport, England, was the first owner of this T-shaped manor house built in New Kent County close to the Pamunkey River. Although the loss of New Kent’s early records inhibits precise dating, the house probably was constructed between 1685 and 1690 when Foster represented New Kent in the House of Burgesses. Foster’s Castle shares with nearby Criss Cross and Bacon’s Castle in Surry County the distinction of being Virginia’s only remaining Stuart-period manor houses fronted by enclosed porches with chambers above, a feature typical of post-medieval English houses. Most of Foster’s Castle’s original interior was replaced in the early 19th century, and the one-story walls on the main body of the house were raised to two stories in 1873. Despite these changes, the surviving wall sections constitute a significant document of Virginia’s oldest architecture.