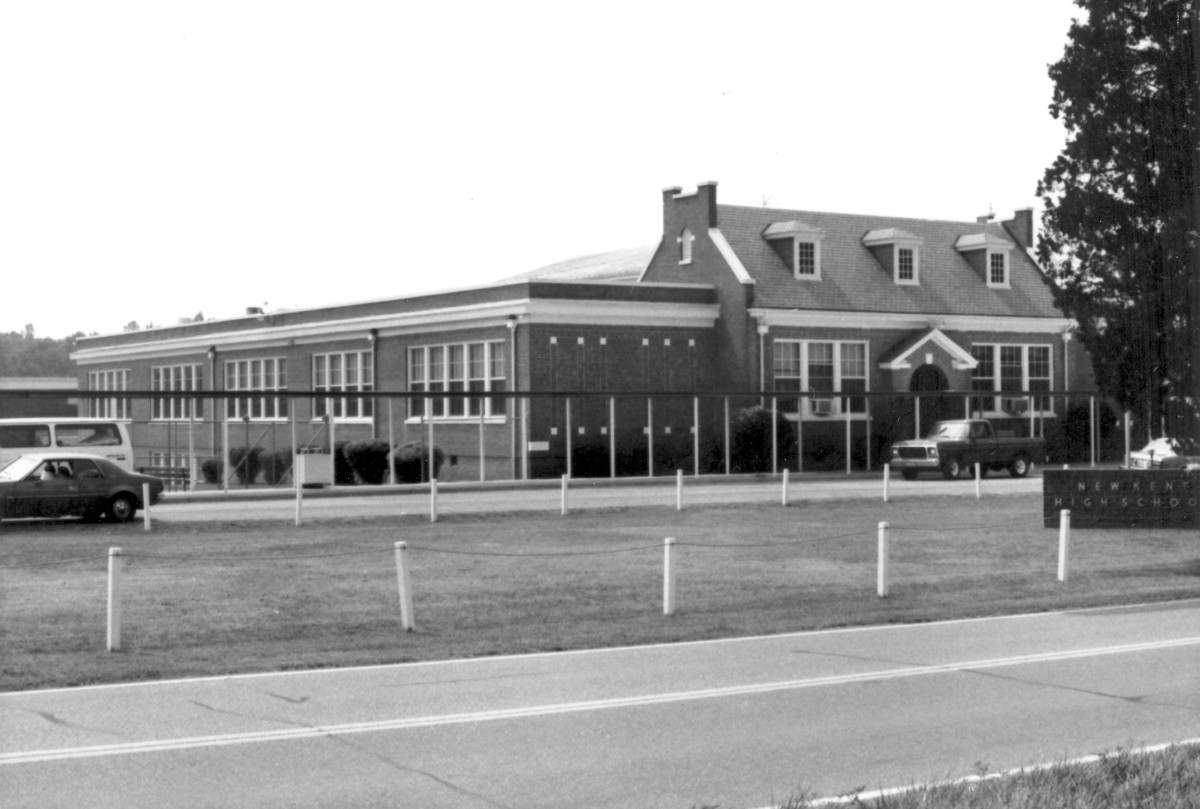 The New Kent School (white) and George W. Watkins School (black), both located in New Kent County, are associated with the 1968 U.S. Supreme Court case Green v. New Kent County, the most significant public school desegregation case the Court decided after Brown v. Board of Education in 1954. The decision in Green v. New Kent County defined the standards by which the Court judged whether a violation of the U.S. Constitution had been remedied in school desegregation cases. The Court’s decision placed an affirmative duty on school boards to integrate schools. As a result of that decision, a decade of massive resistance to school desegregation in the South from 1955 to 1964 would be replaced by an era of massive integration from 1968 to 1973. The New Kent and Watkins schools illustrate the typical characteristics of a southern rural school system that achieved token desegregation following Brown and stand as a symbol to the modern Civil Rights Movement of 1954 to 1970 to expand the rights of black citizens in the U.S. The schools, eligible under criterion 1 for a National Historic Landmark, were nominated as part of the Racial Desegregation in Public Education in the United States Theme Study.
[NRHP/NHL Listed Only]