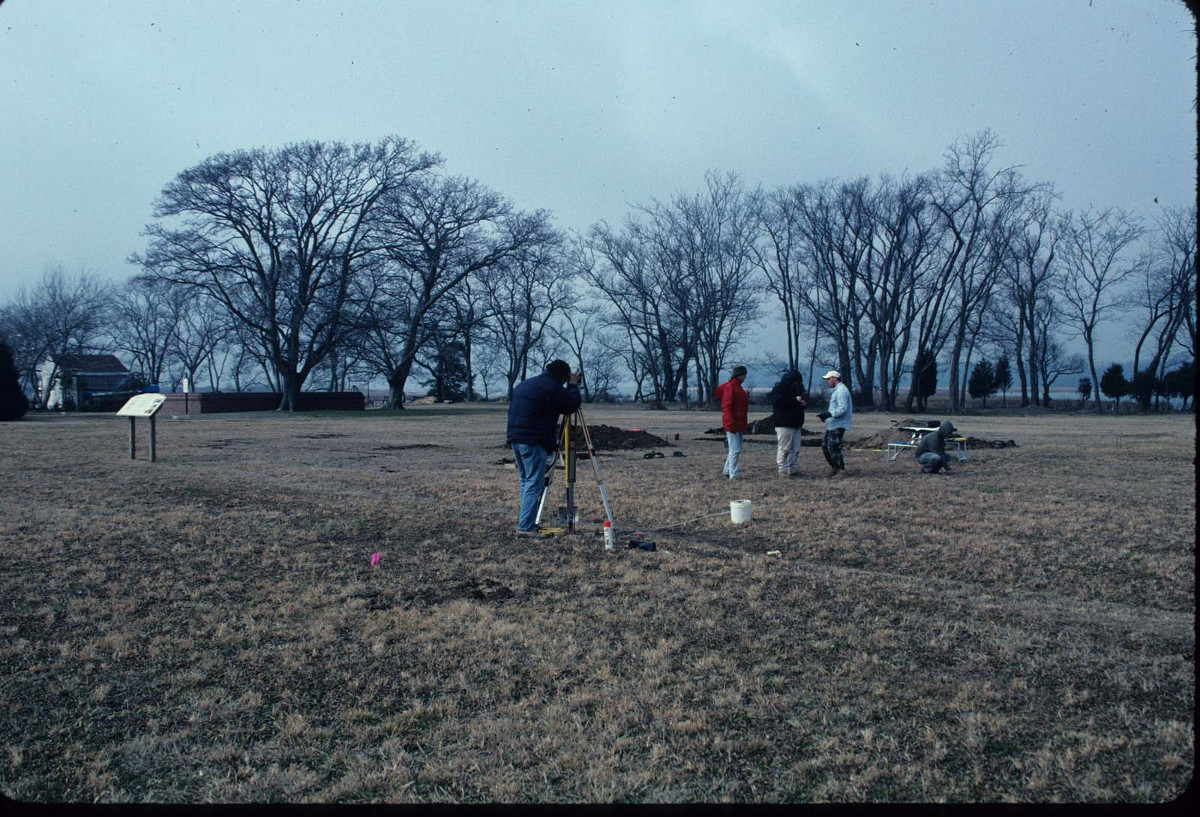 Arlington Archaeological Site, contains intact deposits from several periods in Virginia history, and information essential to expanding knowledge about all of them. Late Woodland (A.D. 900-1607) and Contact period Native American components can provide information about Accomac Indian subsistence and settlement patterns. The John Smith map of 1612 refers to the Arlington location as a “King’s howse” or residence of a werowance, or chief. If this is proven, it could be compared to similar locations such as Werowocomoco, the contact-era home of Powhatan, in Gloucester County. Activities of the Virginia Company are represented by deposits from a 1614 settlement of men established to provide food stores and improve relations with the Accomac. Additional deposits provide information about the Burdett and Custis families, including John Custis II, who built Arlington mansion, thought to have been an elaborate and visually impressive house for one of the colony’s wealthiest and most successful merchants. Custis played a significant role in Bacon’s Rebellion of 1676, allying himself with royal governor William Berkeley. Berkeley took refuge at Arlington and ran the government from there, making the estate the effective colonial capital for four months. Finally, the site also contains information pertinent to the early 19th century and slave-landowner relations.