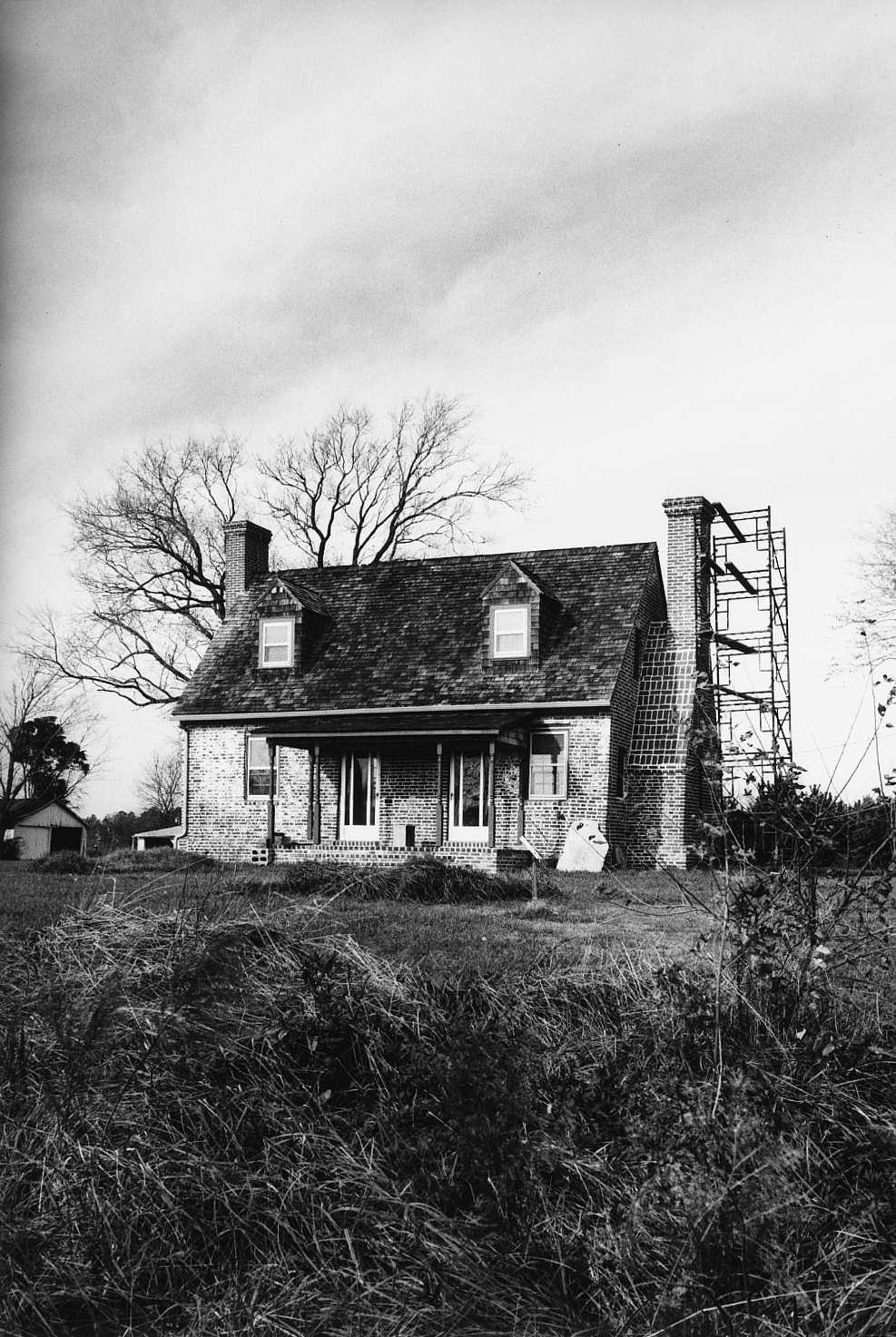 An exceptionally rare example of Stuart-period, Southern vernacular architecture, this hall-parlor dwelling was built ca. 1700 and marks the first generation of structures in the area employing permanent construction. The house follows the precedent of the compact, postmedieval cottages of England’s West Country and Highlands. Characteristic features are the one-story elevation, steep gable roof, two-room plan, uneven arrangement of the openings, and the massive exterior-end pyramidal chimney. No influence of the bookish classicism that was to mark the Georgian style is evident. William Westerhouse, a New England merchant, purchased the original 200-acre tract in 1661. The house was built either by his son Adrian or grandson William II. The house stood in a state of advanced deterioration until 1982 when it underwent renovation and received a new rear wing and dormers.